One of America's “Yangtze” River Patrol Boats used exclusively in China from the end of the 19th through early 20th Centuries, these were shallow-draught Vessels used to Patrol the many Rivers and Inlets in that Country. Both America and Great Britain used these type Ships as a result of their continued presence after both Opium Wars and The Boxer Rebellion. They provided interdiction duties and maintained Treaty.

The “Panay” was noted for an Incident which occurred in December of 1937. During routine Patrol, she was strafed by Warplanes of The Imperial Japanese Army. Claiming that The “Panay” Ensign (Flag) was unrecognizable from that of The Republic of China's (of which Japan was in an undeclared “War” with), they attacked her. (3) were killed and 43 wounded.

The “Incident” based on so rising aggression with Japan and it's aggressive policies on expansion of The Empire, would have normally led to War with America. Diplomatic “back channeling” would lead to an indemnity of 2 Million (USD) being paid for the loss of The “Panay”. Although the Incident was considered settled, it would further erode American and Japanese relations – ending in the disaster that was Pearl Harbor in 1941. 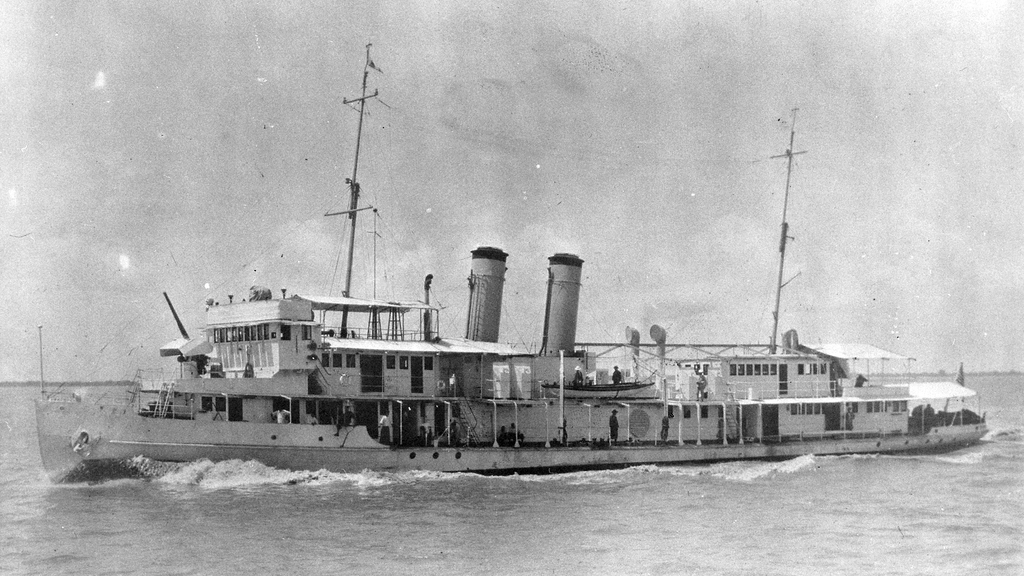