Namesake for The ''Kitty Hawk'' – Class of ''Super Carriers'' (of which there were three), The USS ''Kitty Hawk'' was launched in 1960. She is currently decommissioned (2017) and pending scrapping after over 40 years of Service. She was at one time, one of the largest Aircraft Carriers built. ''Kitty Hawk'' served in all US Fleet Branches during Her History. She was a mainstay during The Vietnam War, launching thousands of Air sorties against NVA and VC positions throughout The War (1965-1975). She also participated in The Global War on Terrorism (2003 to 2005). Although refitted several times, Her age made it too expensive to fully modernize critical systems. It was decided to decommission ''Kitty Hawk'' and eventually scrap Her.

In Her ''heyday'' the massive Warship ''Kitty Hawk'' displaced over 83,000-tons. She was 1,070-feet in length with a Beam (Height) of 280-feet. Never made Nuclear, Her propulsion came from (8) Boilers and (4) Steam Turbines. ''Kitty Hawk'' could achieve 40-mph. She typically Crewed over 5,000 Officers and Men. Armament included mostly Surface to Air Defensive Systems, such as The ''Sea Sparrow'' and Phalanx MRLs. A full Naval Squadron of (85) aircraft of various Classes was also carried. ''Kitty Hawk'' could also support (land and launch) The ''Looking Glass'' AEW Class of Aircraft. 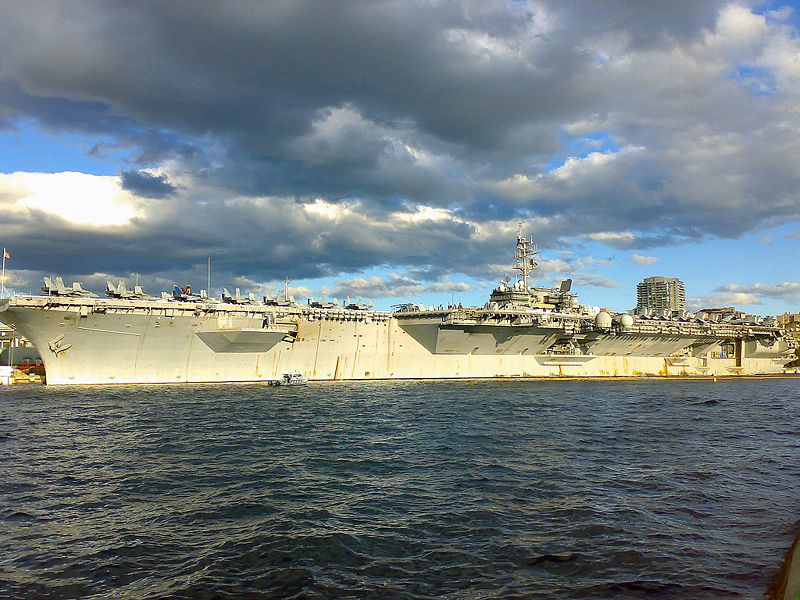