The last of the (4) ‘’Forrestal’’- Class Aircraft Carriers, ‘’Independence’’ was a non-nuclear powered Warship, laid down for construction in 1954 and completed in 1958. She was a major component in The American Navy’s Soviet “Cold War’’ stance of being able to strike at any hostile foreign power with effectiveness. “Independence’’ displaced over 60,000-tons and was 1,070-feet in length. She had a 270-foot Beam. ‘’Independence’’ was powered by steam turbines (4) which were generated by (8) Boilers. She could achieve 33-knots in open Sea.

‘’Independence’’ supported over 3,000 Crewmen, 2,700 Flight Crews and nearly 100 Marines in Her compliment. She also supported a minimum of (4) then high-tech Sonar and Radar imaging systems, making Her a very formidable Force. Over her lifetime, ‘’Independence’’ was supported by (8) 127mm Guns, (2) ‘’Sea Sparrow’’ Rockets, (Surface To Air), and (3) Phalanx Systems. In Air Operations, ‘’Independence’’ held 90 Fighters and support Aircraft.

USS ‘’Independence’’ was assigned initially to The Mediterranean, in the 1960s, but was recalled to support The Naval Blockade of Cuba, during The Cuban Missile Crisis. She was one of the first Aircraft Carriers deployed to South Vietnam, when American became involved in that conflict. Some of the first Fighter strikes of The War were initiated by Fighters and Bomber from ‘’Independence’’.

She would later serve many years off The Middle Eastern Coasts of many Countries then in turmoil in The Arab World. She would also be deployed in support of US Army Operations against Granada in the 1980s. In her later life, ‘’Independence’’ was Ported at Pearl Harbor, Hawaii – as both a standby operational Warship and Training Vessel. She was one of the last still functional non-nuclear powered Aircraft Carriers by the late 1990s still on Active Duty.

In 2008, it was determined that due to cost and her overall age, retrofitting to nuclear propulsion was too great, and ‘’Independence’’ was decommissioned. She arrived at The Brownsville, Texas Shipbreaking Yard in 2017, where the long process of stripping Her down began. 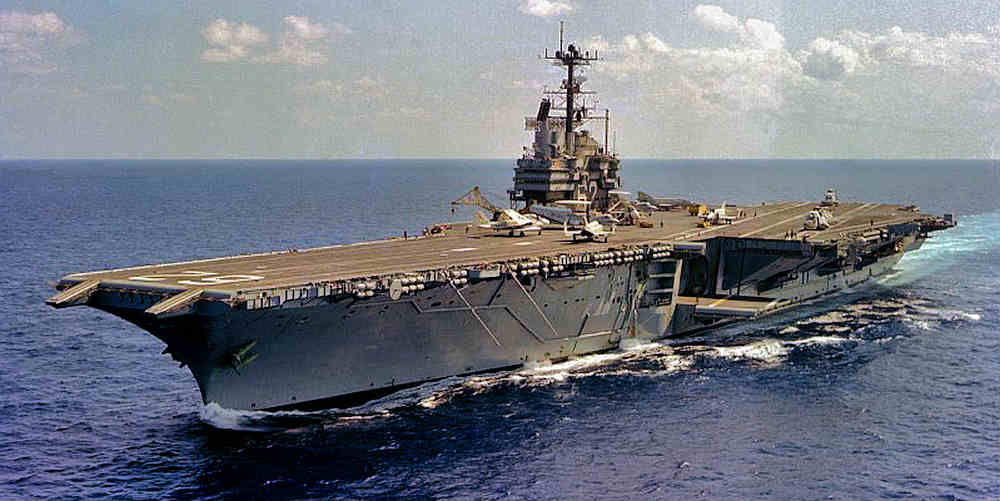