USS ''George Washington'' is a ''Nimitz'' – Class Aircraft Carrier, launched in 1992. She 6th of (10) Nuclear Powered Vessels of The US Navy. She is currently being retrofitted which will place Her in Dock until 2021. She was deployed to The Persian Gulf and later assigned to The Pacific Command. ''George Washington'' had participated in many Disaster Relief Operations (mostly in The Pacific).

''George Washington'' can support a Naval Air Wing (90 fixed Wing and Helicopters), to include an additional 2,400 Personnel. She carriers advanced Radar, Navigation and Communication equipment, as well as advanced Counter-Attack Measure suites (both Surface to Air and Anti-Submarine Warfare). Her primary armament is (2) ''Sea Sparrow'' Missiles, (2) Rolling Airframe Missiles and (3) ''Phalanx'' Missiles. 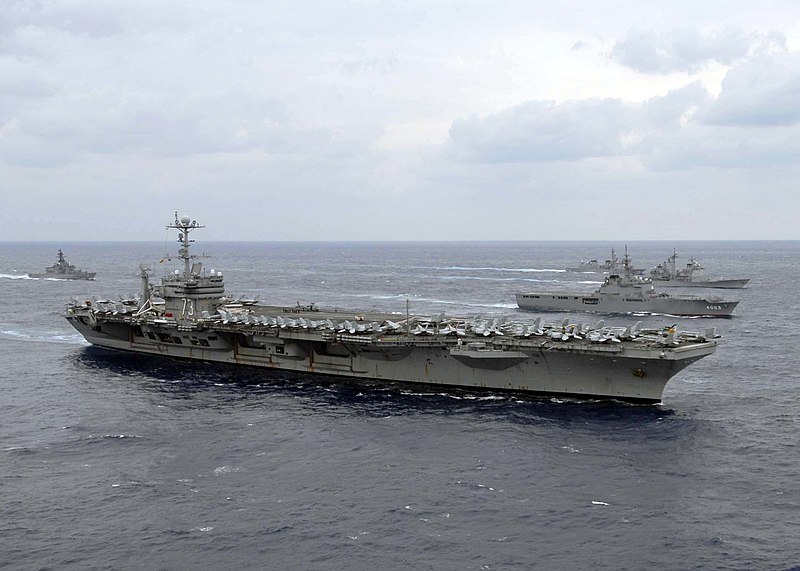