An unusual “Little Boat”, The USS ''Condor” was a wooden-hulled Vessel launched in 1937 and originally in Service to The US Coast Guard. Transferred to The US Navy in 1940, ''Condor” was assigned to the Duties of a Mine Sweeper. “Condor” was armed with (2) .30 Caliber Deck Guns. She was 185-Tons and 90-feet long. She stood 25-feet tall (Beam). She used a single Diesel Engine and was a one Shaft System. She had no Armor Plating. “Condor” Crewed 17 Men.

Reassigned to The Pacific Fleet at Pearl Harbor, she was on Patrol outside of The Harbor when she (as did The USS ''Antares” see a Japanese Mini-Submarine attempting to enter Pearl. Although debated by Historians (who claim it was The “Ward”) - “Condor” fired both her Deck Guns at The Submarine (making her by some accounts, as having fired the first shots of World War II). “Condor” remained for the duration of The War, on duty at Pearl Harbor. She was decommissioned in 1946 and turned over to The US Maritime Commission. He final fate was and remains – unknown. 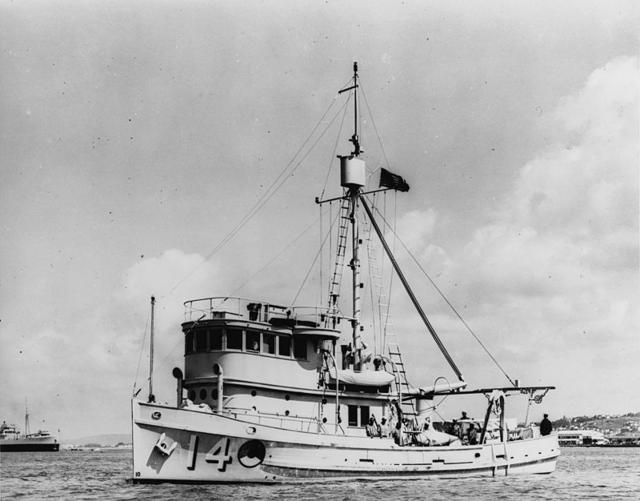