Part of the “young” US Navy's commission by Congress to produce a “standing Naval Force”, The “Chesapeake” was one of the (6) original Warships built to represent such. Launched in 1799, the wooden, 3 Masted Heavy Frigate was fitted with (38) Cannon of various Poundage. Originally, she was slated to be a 44-Gun Warship, but funding “ran low”. The “Chesapeake” was one of the first American Warships to engage in The “Quasi War” with France (a “bloodless'', diplomatic affair), in 1800. In 1807, she was part of another Event which would ultimately lead to The War of 1812. She “fought” a Naval battle against The HMS “Leopold”, demanding to board her to search for British Naval Deserters. The Incident greatly outraged American Citizens and pushed the two Countries closer to War. The Ship was one of the first American Naval Vessels to engage The Barbary Pirates during The First Barbary War, and also transported a detachment of US Marines to fight a Sultanate Army of Pirates, preying on US Shipping.

During The War of 1812, “Chesapeake” fought HMS ''Shannon” (who outclassed her), off The Coast of Boston, Massachusetts. Her Captain, mortally wounded by a British Sniper - was said to have uttered the immortal phrase before he died “Don't Give Up The Ship”. Fight as they tried, severely damaged - “Chesapeake” surrendered and was taken “a Prize” by The British. Repairing her so she could sail, she was taken back to England and properly refitted. She was pressed into British Naval Service (as was often done), as The HMS “Chesapeake”. In 1819. she was broken down for scrap. The “Chesapeake” was 1,200-Tons displaced. She was 153-feet long and stood 40-feet (Beam). Supporting 340-Men, The “Chesapeake” had (4) Decks. 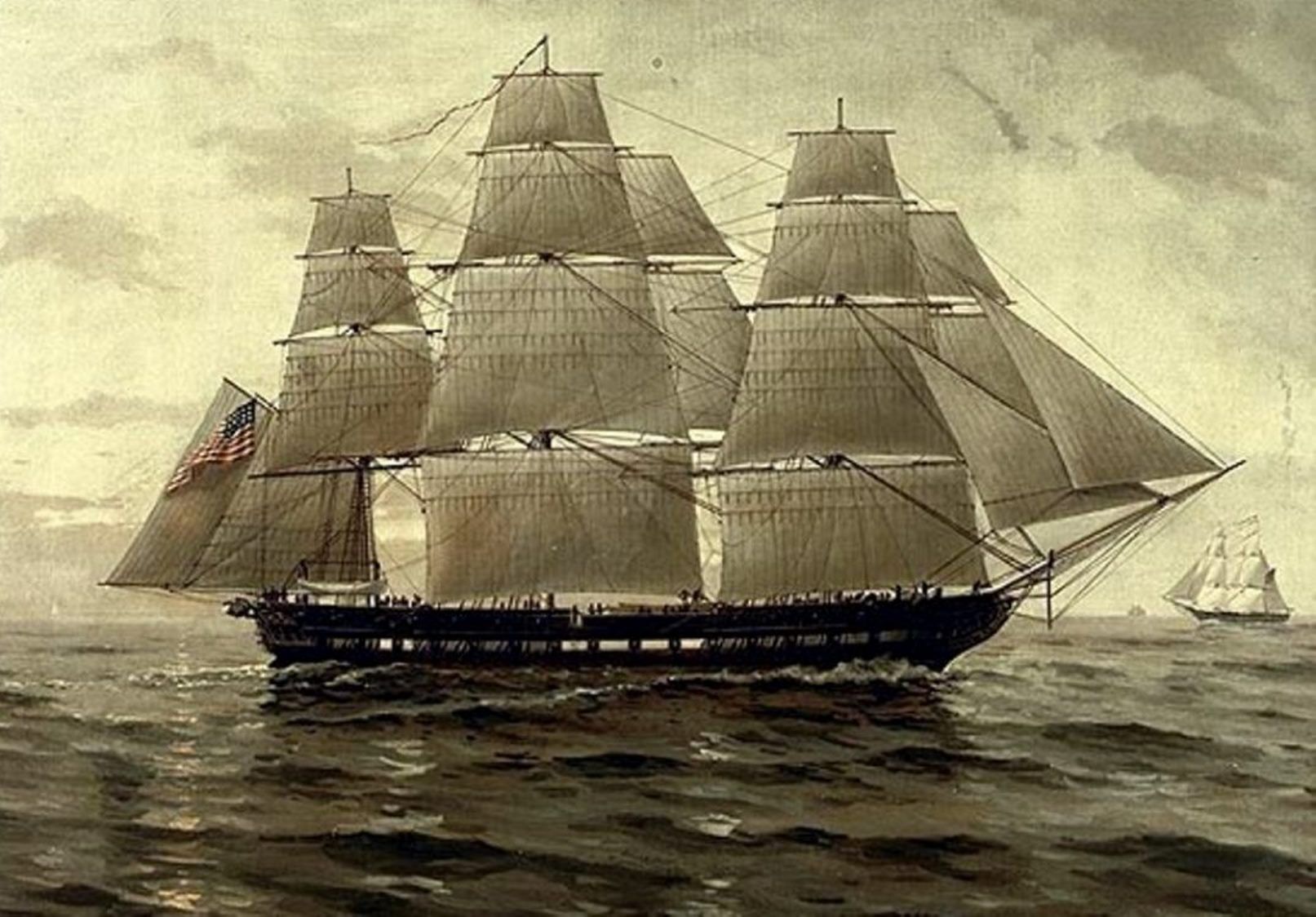