Lead named Ship of a Class of (7), The US Navy's USS ''Brooklyn'' was a Class of Light Cruiser launched in 1936. Although ''Light'', The ''Brooklyn'' supported heavy caliber weapons that proved superior to Imperial Japanese Heavy Cruisers. The majority of Her World War II Service was spent with The Atlantic Fleet. ''Brooklyn'' fought The Vichy French Navy off The Coast of Northern Africa, and supported The Invasion of Anzio (Italy, 1944). Recalled to The US in early 1945 for refitting, World war II ended before ''Brooklyn'' could rejoin The War in The Pacific (of which She was destined). She was sold to The Chilean Navy in 1951 (renamed ''O'Higgins''), which she remained in service until 1992. she was broken up for scrap (but Her Turrets have been preserved).

In Her US WWII configuration, ''Brooklyn'' was 600-feet in length and displaced over 12,000-tons. Her Beam stood at 62-feet. Crewed by 868 Officers and Men, ''Brooklyn'' was powered by (8) Steam Boilers. She could achieve 40-mph open Seas. Her armament included (8) 5-inch Guns, (15) 6-inch Guns and (8) .50 Caliber Machine Guns (Single and Dual Barrel). Her Armor plating was rated from 1 to 5-inches throughout. ''Brooklyn'' also supported (2) Sea Reconnaissance Planes (Catapult launched). 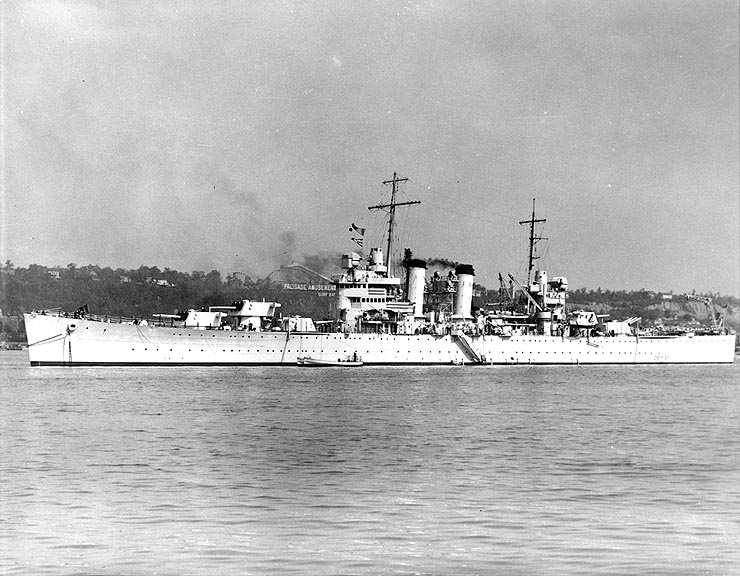