With construction beginning in 1943 (rushed to join The War Effort in 1944) - The USS ''Bon Homme Richard'' was an ''Essex''-Class Aircraft Carrier of The US Navy during World War II. She saw only one Pacific Theater Campaign (Okinawa, 1945). After The War, ''Bon Homme Richard'' was placed into Reserve, only to be reactivated 5 years later for The Korean War. She would be modernized after 1953 and would serve in both The pacific and Atlantic Fleets. ''Bon Homme Richard'' was one of the first US Navy Aircraft Carriers deployed to the waters of South Vietnam, at the beginnings of US involvement with that Conflict. She was decommissioned in 1971 and would be ''mothballed'' for 20 years prior to Her being scrapped. 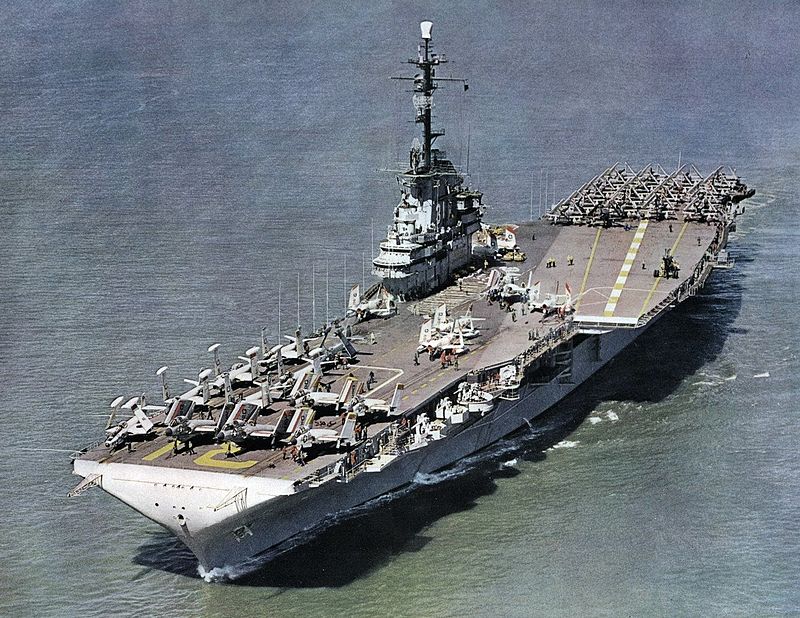