The USS ''Bainbridge'' was The US Navy's first Destroyer (then identified as ''Torpedo Boat Destroyers''). The ''Bainbridge'' was built in 1899 and launched in 1901. Part of The US Navy Asiatic Fleet, The ''Bainbridge'' would remain in Service through World War I as an Escort Ship in The Atlantic. She would be struck in 1919 and broken up in 1920. ''Bainbridge'' (which also was the namesake for Her Class, of which 13 were built) – displaced 430-tons. She was 245-feet long with a Beam of 24-feet. Twin Triple Steam Engines supported (4) Steam Boilers. They produced 4,000-KW. Surface speed was rated at 33-mph. The Class was among the first US Navy Ships to use The ''Forecastle'' Superstructure feature, rather than the conventional ''Turtle'' design dominant in the later part of the 19th Century. Crew compliment was 75 Officers and Men.

Armament included (2) 3-inch Main Guns, (5) 6-pounder Guns and the capability to deploy (2) 18-inch Torpedoes. Her Service included ''Presence'' Duty in The Philippine Islands, China (during The Russo-Japanese War) and during World War I, escorting Troop Transport and Cargo Merchants across The Atlantic. The ''Bainbridge'' tried on several occasions to target and sink German Submarines, but in both cases, The Germans escaped. 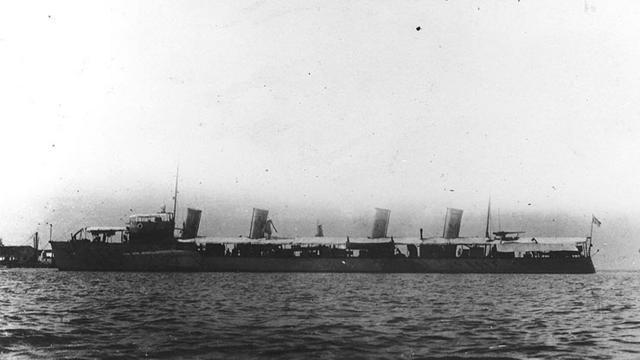