The USS ''Antietam'' was an ''Essex''-Class Aircraft Carrier, built during World War II. However, She entered too late into The War to see active combat (1945). She was deployed with The Pacific Fleet and remained operating from The US Naval Base at Pearl Harbor, Hawaii. She was placed into Reserve Status in 1949, only to be reactivated for The Korean War (1950-1953). During The War, ''Antietam'' operated 6.000 sorties.

Transferred to The Atlantic Fleet in 1953, ''Antietam'' served as a Training Ship and also participated in joint training Missions with The British Royal Navy (Carrier Landings). She also served in a variety of Rescue and Humanitarian Missions throughout the 1960s. Placed into Reserve status (Florida), She was sailed to Philadelphia, Pennsylvania in 1973 – where She was decommissioned and eventually scrapped.

''Antietam'' displaced 21,000-tons and measured 888-feet – with a Beam of 93-feet. She supported a Crew of 3,400 Officers and Men. Her propulsion was provided by (4) Steam Engines which powered (8) Boilers. ''Antietam'' could make 35-mph on open seas. She had between 1 to 4-inches of plating throughout Her superstructure. Armament included (4) Twin 5-inch Guns (4) Single 5-inch Guns, (8) 40mm Bofors AA Guns and (46) 20mm AA Cannon. ''Antietam'' could support between 90 and 100 Aircraft of different varieties. She was also noted for being among the first US Aircraft Carriers to feature a ''split'' or side extension flight deck. 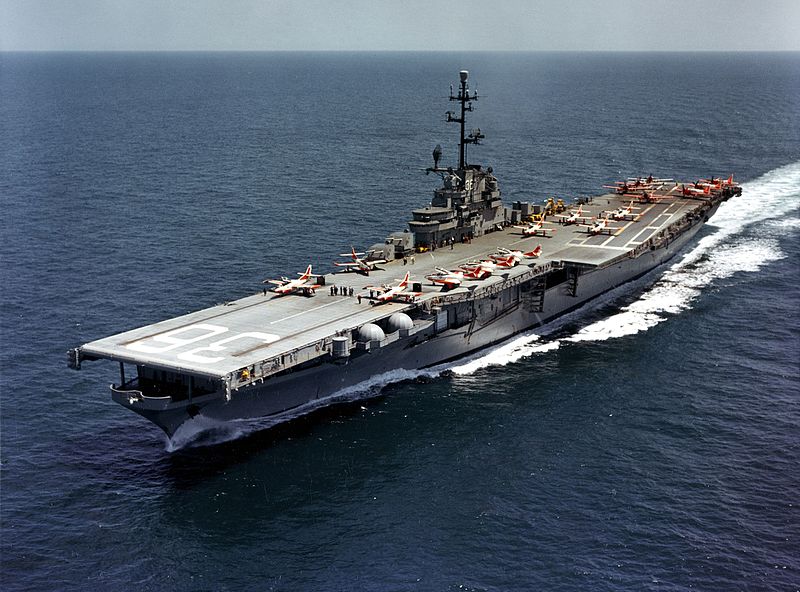