The first design of the (then) newly formed Vought Aircraft Company in 1917, The VE-7 was America's first adopted Fighter of The US Navy, and the first type to launch from an Aircraft Carrying Vessel. Originally intended for World War I usage, The VE-7 never saw combat, as The War ended before they could be deployed. Most US Naval and Army Pilots in the early 1920s, practiced in The VE-7.

Piloted by (1) with an Observer, The VE-7 was 25-feet long with a Bi-Wingspan of 35-feet. Power was provided by a Single Wright-Hispano E-3 Liquid Cooled V-8 Engine which produced 180-HP. Airspeed was rated to 106-mph. The VE-7 had an Operational Ceiling of 15,000-feet. The VE-7 was equipped with a single Vickers Model 7.62mm Machine Gun. Staying in US Inventory until 1928 before being phased out of use, The VE-7 also saw variants that were also converted into Floatplanes. 130 Models were produced. 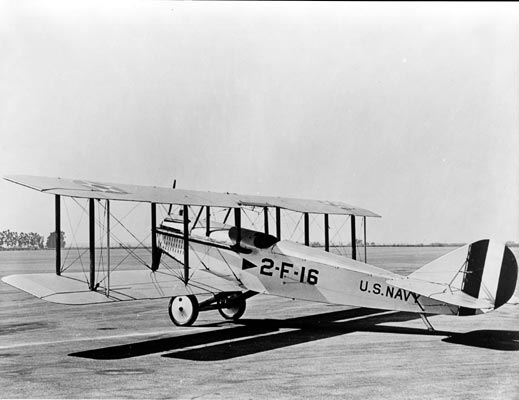