Built by Vought Aircraft for The US Navy in 1948, The F6U ''Pirate'' was the first Jet Powered Jet Fighter mass produced for their use (carrier based). The Model was also the first to used ''Composite'' material construction (multi-layered) in it;s construction. Underpowering during Testing was never corrected when 33 were manufactured. The US Navy never deployed The ''Pirate'' with any operational Squadron. Consequently, The ''Pirate'' was canceled in 1950.

Crewed by (1), The F6U was 38-feet long with a non-swept wing wing configuration length of 33-feet. Powered by a single Westinghouse J34 Turbo Jet, this was rated at over 4,200 IBF Thrust. This was lessened when weapons packages were added. The ''Pirate'' could achieve 596-mph with an operational ceiling of 46,000-feet. 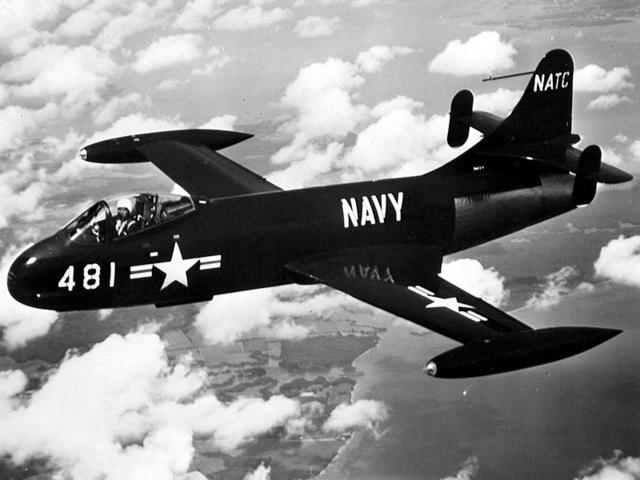