An early design of precision guided missiles developed by The US Military – The VB-5, nicknamed ''Felix'' was developed late in The War (1945). Although several hundred were produced, The War in Europe ended before they could be deployed. As far as The Pacific Theater was concerned, other munitions were developed (mainly Atomic). The VB-6 was never combat deployed. The weapon was a 1,000-pound device which relied on infrared (heat) emitting targets to ''home'' in on (using radio signals guided by Aircraft). The weapon was seen as particularly useful against industrial factories in Germany. Almost 100-feet in length, it's name ''Felix'' was a nod to the very popular period Cartoon ''Felix The Cat''. The Cat is known for it's ability to ''see'' in the dark (low level lighting). Like the animal, VB-6 was to be used at night time against ''heated'' targets.

No engine or related rocket propulsion was used – with simply gravity being the primary force. A variety of Medium to heavy bombers were targets to carry several ''Felix'' bombs each. The VB-6 was tested to produce no less that a 85-foot target discrepancy factor (very efficient for a so-known ''gravity bomb''). The US Navy retained a version of The Felix for their use. It remained in Naval inventory until replaced in 1949. 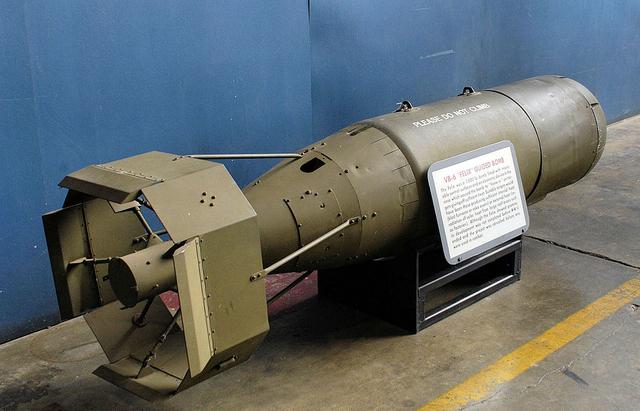