First designed in the 1930s by The Smith and Wesson Firearms Company, it basic need was to support the powerful Magnum round, then needed by American Law Enforcement in it battle against Organized Crime. Although the Government .45 Cal. Automatic was the weapon of choice, the new Magnum round had more stopping power and was almost always a lethal “hit”. By the start of The Vietnam War, a similar need was put forth, especially by Special Operations Forces. Their need of a Handgun with maximum stopping power in the closet quarters warfare of The Jungles of Southeast Asia was met with The Model 19. Weighing 2.5-pounds, the heavy frame supported the 158-grain Magnum round. At 1,300 feet per inch, the round was destructive at 200-yards. The Model 19 could also support a .38 Cal. Round with literally no recoil at all. Typically used with a 6-Inch barrel, The Model 19 held 6-rounds. It was very robust in the hot and wet climate of Vietnam and was a top choice with Green Beret and Navy SEAL Units. Even Combat Pilots carried The Model 19. The Model 19 would go on into being the primary weapon for many American Law Enforcement Agencies in the 1970s – through the 1980s, with variant Models 28 & 29, being the most popular. It us still manufactured today for Civilian use. 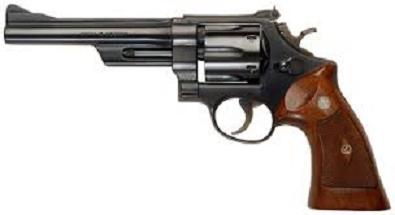