The United States Air Force Strategic Air Command (SAC), was a major defensive/offensive Component of The US Armed Forces. It had it's beginnings in 1946, when the then US Army Air Forces began to consolidate all air assets under one command and control foundation, and slowly began to separate from The US Army's traditional combat role. In 1947, when The US Army was detached and the Force became The US Air Force, SAC became the first major command fixture.

By the 1950s, SAC became the pinnacle of American Ballistic and Long Range Strategic Bombing capabilities. It's Headquarters was in Nebraska from 1948, with various associate Commands in key locations in The United States and abroad. (13) Primary Bases (again located throughout The US), maintained American Nuclear Strike Assets (both Squadrons and ICBM), with another (30) sub-Command Bases which operated or maintained a wide variety of back-up Assets.

SAC would maintain overall control of The National Command Authorities Nuclear Communications and Alert Systems during the 1960s thru 1980s. The Command also maintained all of The US Command and Control Bunkers, to be used by US Command Authority to survive a Nuclear Attack leveled by an Enemy. All ICBM Base and Launch Commands throughout the mid-Continental US were also staffed and controlled by SAC Officers and Enlisted Personnel.

SAC would eventually be deactivated, with it's strategic assets being transferred to both older and newer Commands within The US Air Force. This move was due to the end of The Cold War Era. Primary changes began in 1994, with overall deactivation formalized in 2009. The current linage of SAC is The USAF Global Strike Command, which performs a very similar function as did SAC. The Command was noted for it's distinctive Unit Identifier of a Mailed (Armored) Gauntlet, into which was clutch both bolts of lighting and a laurel sprig. This was to symbolize the primary goal of protection in both War and Peace. The Command's Motto was ''Peace Is Out Profession''. 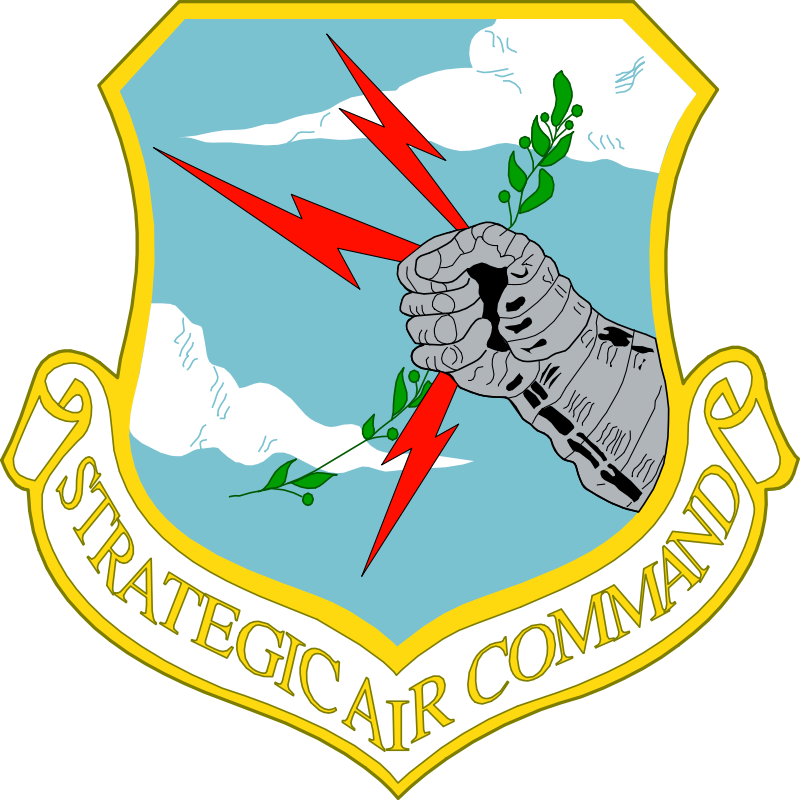