The US produced Stinson L5 ''Sentinel'' was a World War II Liason and Observation Aircraft used during World War II. Many of the near 4,000 Productions Models were sold to Great Britain. The L5 was designed from then used Civilian Models of Private Aircraft. The L5 was used to transport Officers and for Artillery Spotting. Most of The United States Allies used The Stinson well beyond World War II (into the 1950s). Piloted by (1), The L5 could carry up to (4). Powered by a Single Lycoming 6-Cylinder Engine, rated HP was to 185. Additionally rated to 135-mph, The L5 had a 15,000-foot operational ceiling and was traditionally not armed. 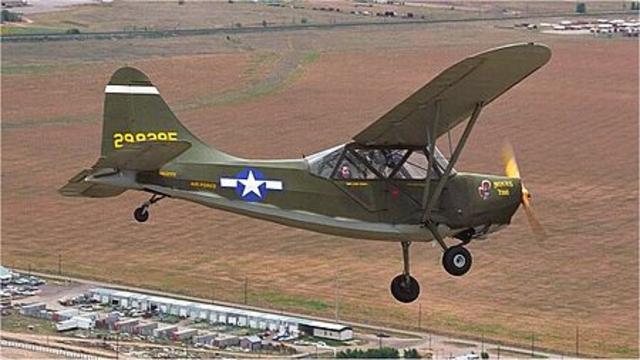