Seen as the only viable American Fighter produced at the end of World War I, The Standard E-1 Fighter Plane was deployed in 1917. While many of the 198 produced did go to Europe, very few actually saw combat service, due to the end of The War. Many would remain in Europe until most US Forces were sent home. The E-1 wpould serve as a foundation prototype for many American Fighters developed in The Inter-War Years between World Wars I and II.

Piloted by (1), The Standard was 18-feet long with a bi-wingspan of 25-feet. Power was provided by a single Le Rhone Rotary Engine, capable of 80-mph. Airspeed was rated to 100-mph with an Operational Ceiling of 18,000-feet. Armament varied with multiple (Twin) Machine Guns (forward mounted). No Bomber Models were envisioned. 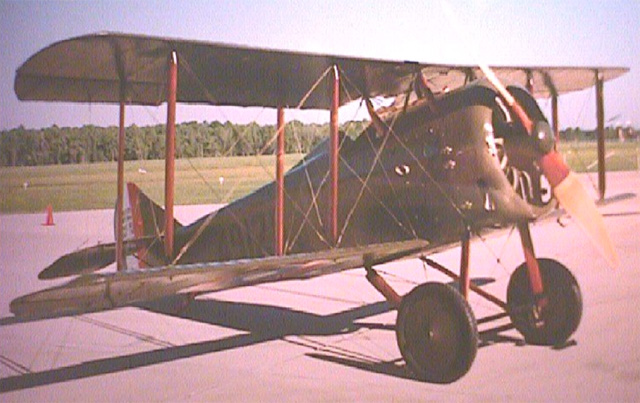