The unclassified “Sprint” System was an American Ballistic Missile developed in 1972 during The Cold War. It was considered an “enhanced Radiation” Device which used The W66 Warhead. This was a “low yield” Weapon design to engage Enemy ICBM Weapons. The basic deployment for The “Sprint” was to engage an Enemy Missile once it had achieved Re-entry through Earth's atmosphere, and just prior to it's deployment of a Multiple Device (Cluster) System. Notwithstanding, The “Sprint” (if close enough to even a deployed Multiple Launch), was still able to destroy all or most Devices upon separation. “Sprint” was rated to reach Mach 10 within 5 seconds of launch. The Class of Missile could withstand heat of up to 6,200 F. A centerpiece of America's “Nike Defense System”, by 1975 – The “Sprint” was reconfigured into The “Safeguard” Program. High maintenance costs and further refinements caused The US Congress to remove funding of “Safeguard” in 1976, which would have canceled The “Sprint”. However, The US Air Force and America were changing The Missile Defense Program at this point in The Cold War to a position of lowering the amount of America's Nuclear Missiles. The “Sprint” Program as well as “Safeguard” were both decommissioned by 1977. 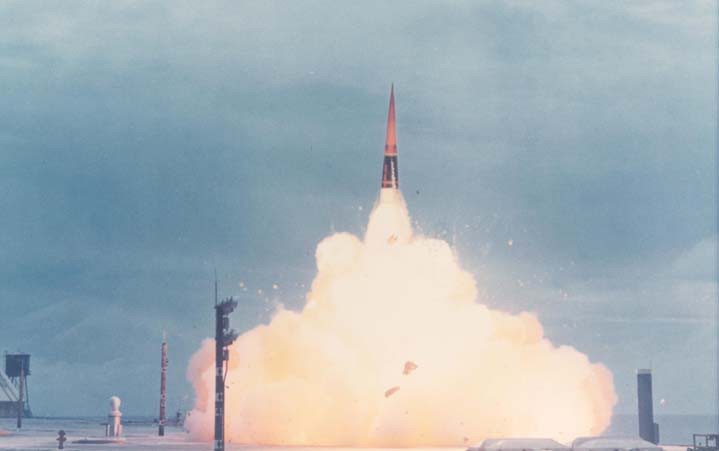