Considered an early Intercontinental Cruise Missile Class, The SM-64 ''Navajo” (named for The Native American Southwestern Tribe), was first deployed in 1947. The Missile bore strong resemblances in design to the former German V-2 Rocket System (upon which it was no doubt based). The SM-64 was deployed on fixed Launching Platforms. Capable of a maximum height of 77,000-feet when launched, The ''Navajo” was 2,000-pounds and was 70-feet long. After maximum height was reached, The SM-64 would level off and “glide” (Radar Controlled), using 30-feet Wings. Propulsion was (2) Ramjet (Air Breathing) Engines supported by (2) Rocket Boosters. Each had 200,000-pounds of thrust. The SM-64 could achieve Mach 3. Capable of ranging 3,000-miles, The ''Navajo'' was armed with a W41 Nuclear Warhead (10-Megaton yield). Although the Program was fraught with multiple failures,, The ''Navajo” was deployed until 1958. Development flaws learned would serve to advance Nuclear Delivery Systems designs which would lead to The ''Thor” and ''Redstone'' Programs. The Engine development would evolve into The ''Saturn'' Program. 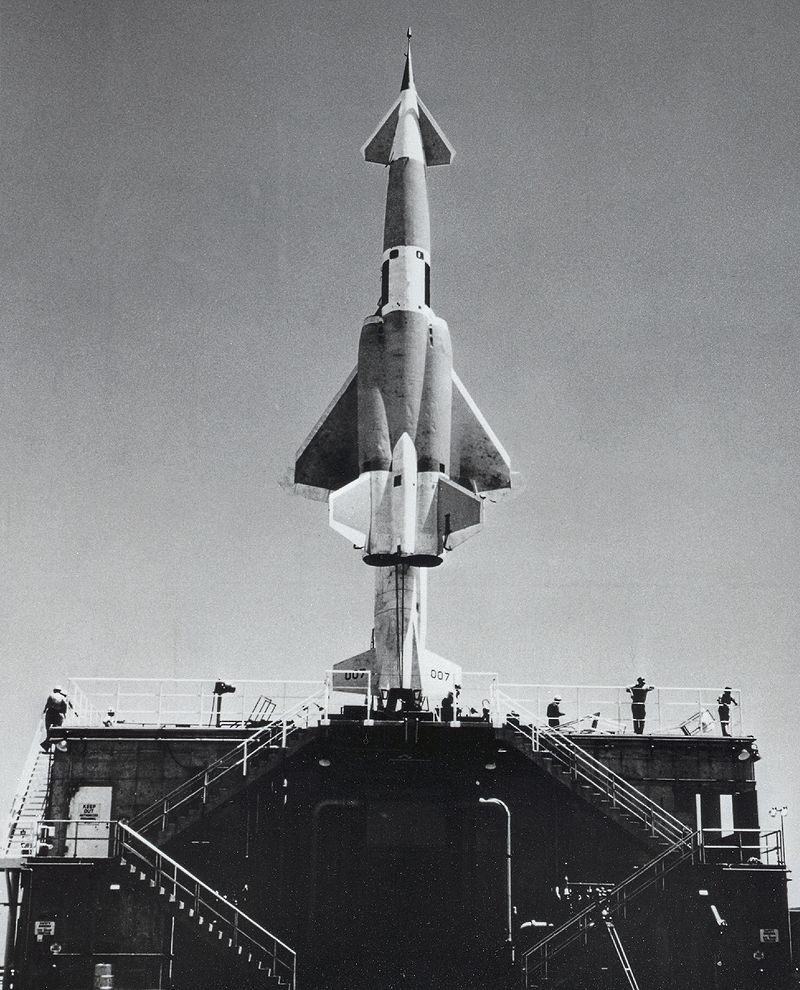