Known as SIOP, This was a Cold War Nuclear Attack Plan which combined all Nuclear Assets under US Control and implemented them during a Nuclear War. This ensured a continual and metered Strike Option Plan against an Enemy that had or were attempting to initiate a Nuclear War. The SIOP was first implemented in 1961 and would remain in force until the 1980s.

The Plan had it;s roots in the 1950s when then US President Eisenhower was faced with the very real possibility of using Nuclear weapons during The Korean War. North Korean Forces had been bolster by Communist Chinese Forces as as such, were in essence – ''winning The War''. By initiating airborne (Bomber) Nuclear Strikes against Chinese Military and Civilian Targets of importance, much as The Japanese in World War II – both Antagonists would capitulate. This Plan was never used. But it did call into thought that The US needed to be able to coordinate all of it's (even by The Era's standards) Nuclear Platforms (Air, Sea and Land).

SIOP used the theory of Stage Attacks or Responses, depending on The Enemy and amount of damage to be inflicted. The most important measure was not to use Nuclear Assets in a conventional conflict unless an Enemy released theirs first, In this event, the most relied on source then – was The Aircraft Assets. Specifically designated Aircraft Squadrons were detailed to move to predetermined targets withing Enemy Territory and strike. This was the most commonly accepted SIOP First Stage.

As American Nuclear Assets grew in size, so did the ''layers'' of usage. Commonly, The SIOP included the coordinated use of Land Based (Rockets), followed up by Air Assets (Bombers) with the final stage being Sea Assets (Ships and Submarines). However, any of these Asset Stages could be used in combinations not requiring another Stage.

While much of the early and mid Cold War SIOP is now known, it's tactical ''replacement'' Operational Plan (OPLAN) is not due to National Secrecy and effective deployment for future deployment. 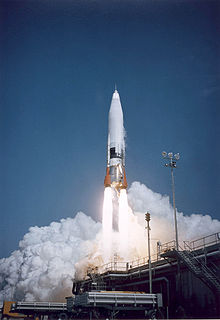