Fielded in 1958, The Sikorsky H-37 ''Mojave'' was originally designed for us by The US Marine Corps. as a heavy transport helicopter. The US Army would incorporate them in the 1960s. The H-37 was the largest helicopter in Military service in The World at that time. Several ''Mojave'' Helicopters were deployed to America's early involvement in The Vietnam War, as Rescue and Recovery Craft, being very successful in this role. In addition, several were deployed by The US CIA for ''sensitive recovery'' Operations. The majority of H-37 and their variants were retired around 1968.

The ''Mojave'' was 65-feet long with a 23-foot height. They could support 26 fully equipped soldiers or 24 wounded (stretchers), no to exceed 31,000-pounds. The Rotor radius was 72-feet. Powered by Twin Pratt & Whitney ''Double Wasp'' 18-cylinder Engines, it could achieve an airspeed of 130-mph. The ''Mojave'' operational ceiling was rated at 8,000-feet. A Crew of 3 operated The H-37. Weaponry was traditionally not carried by The ''Mojave''. 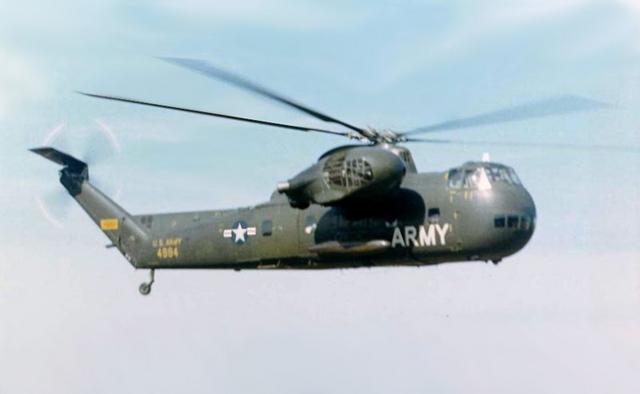