The ''Forrest Sherman''-Class of US Navy Destroyers were the first such Warships built for The US Navy after the end of World War II. The Class was for a period, the backbone of US Naval Surface Warfare. (18) were produced, but only (9) were deployed in Naval Battle Groups. The Class underwent many weapons upgrades during their Service (decommissioned in 1988).

Crew compliment were 330 Officers and Men. Armament included (3) 5-inch Guns, (4) 3-inch Guns and the capability of deploying (4) 21-inch Torpedoes. The ''Forrest Sherman''-Class also deployed The Hedgehog ASW Explosive Mine System. The Class served both in The Atlantic and Pacific Fleets. 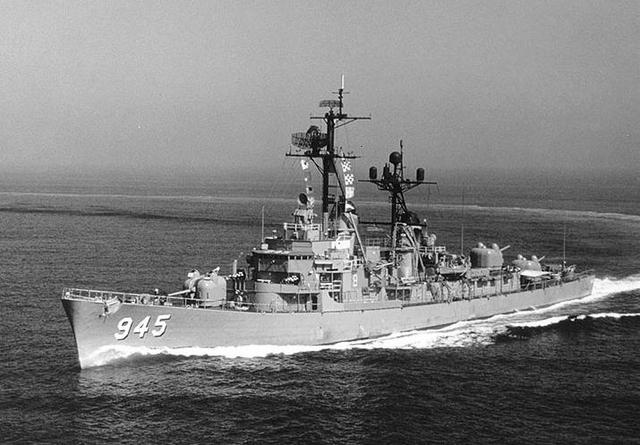