Designed and built by The Seversky Aircraft Company in 1935, The P-35 Fighter Plane was the first all-metal Aircraft deployed by The US Army after World War I. Additionally, it was the first American Fighter to have an enclosed Cockpit. With tensions beginning to increase in Europe (Germany) and to some degree The Far East (Japan), The US Army needed a reliable Fighter for possible combat use. The P-35 came in both single and twin seat variants. While somewhat problematic with regards to landing mechanisms, over 190 productions models were made. The majority of Seversky Fighters were deployed to Far East Commands (Hawaii and The Philippines).

After American became involved in World War II, most Seversky Fighters not still in The Far East were sold to Sweden, where they formed their Air Force. The last flight of P-35s was in 1952. The P-35 was 26-feet long with a wingspan of 36-feet. It was powered by a single Pratt & Whitney R-1380 Radial Engine, capable of 1,050-HP. The P-38 could achieve slightly over 290-mph with an operational ceiling of 31,000-feet. The Armament for The P-35 between a Twin, .303 Caliber Wing Gun or later, Twin .50 Caliber Machine Guns. Munitions packages were up to 360-pounds of various types. 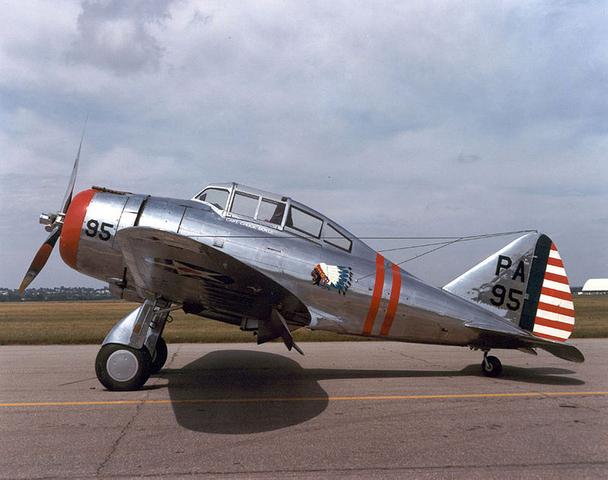