The Ryan Model 147 Reconnaissance Drone was an early ''Spy'' Drone, developed by The Ryan Aeronautics Company in 1962. Contracted to The US Air Force's Strategic Air Command (SAC), The M147 was among the first such unmanned Drones developed for this purpose.

Designed as a re-usable Vehicle (with landing gear, remotely controlled), The Model 137 saw many versions (38 in fact) adapted for use. In addition to ''self recovery'', a series of parachute deployments in the Drone fuselage allowed for ''in Air'' recovery via specially designed aircraft for such Missions.

The Vietnam War lessened The US Military funding for further Drone development and usage. This condition was later rectified during the later phases of The Cold War, when more advanced designs were developed for other battlefield surveillance and intelligence gathering needs. In 1975, The Ryan M-147 was discontinued for usage (but it's design and electronic components would see ''new life'' in later Unmanned Airborne Vehicles.

The Ryan M-147 was a solid fueled, Rocket booster activated device. Using an ''aircraft profile'', it was a modified swept wing Rocket (25-foot wingspan). Measuring 45-feet in length, The M-147 supported ''classified'' Radar and Remote Controlled guidance systems and (then) State of The Art Camera (Optical) systems. The Class of Drone could be launched either from an airborne or sea platform, as well as land based/ 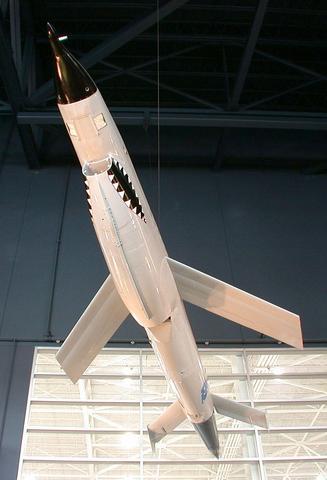