Developed in the 1950s and deployed with American Forces in the 1960s, The RUR-5 Anti-Submarine Rocket (ASROC) System was the standard and most reliable Naval Missile System developed in The Era of The Cold War. Over 200 US Naval Surface Ships were outfitted with The ASROC System. Many other NATO Allied deployed The ASROC System as well. The associated Missiles of The RUR-5 was first installed on The Mark 112 ''Matchbox” Launcher (so named for it's resemblance). In operation, once a Warship's Radar or Sonar detects a target, The ASROC System fires either a traditional or Nuclear Torpedo (in single or multiple launches). Radar homing is often hard to evade by an Enemy due to the “Secret” homing and evading devices installed. The so called and early “Smart Torpedo” had a 90% success hit probability rate in Tests. The typical ASROC Missile was close to 1,100-pounds and was roughly 15-feet long. Solid fuel propelled, The ASROC range varied according to deployment. Since it's inception in 1961, The ASROC System had undergone numerous upgrades and is still deployed with The US Navy today. 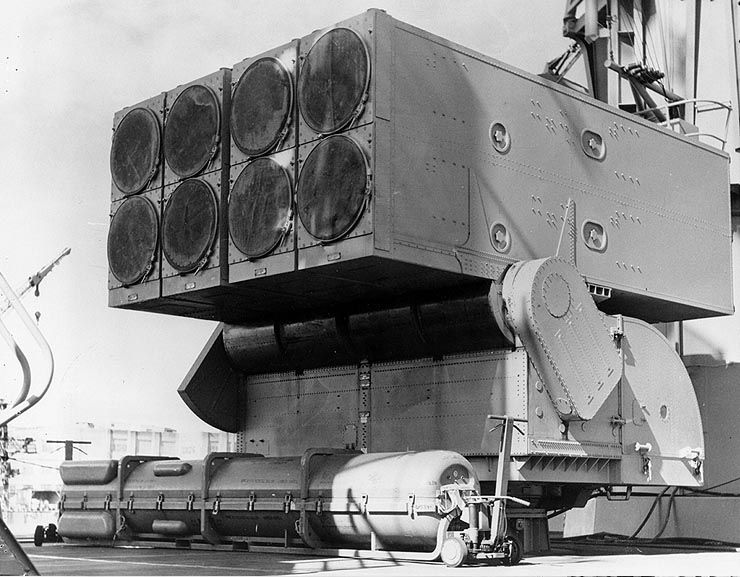