A Surface To Air Missile developed in 1956 for The US Navy, The RIM-2 ''Terrier'' was a Ship Mounted Missile that could be made Nuclear capable (Low Yield, 30-Kiloton). Multiple mounted on various Destroyers and Cruisers, The ''Terrier'' was a 3,000-pound Missile, 30-feet in length. It was a solid fuel Missile with an 80,000-foot operational ceiling. The RIM-2 could achieve Mach 3. The RIM-2 was ideal for engaging in Enemy High Altitude Bombers (Radar Guided and Radar Targeted). The Missile was also seen as a suitable engaging device for Enemy Aircraft Carriers. Ut was one of the first Missiles to employ “Active Homing” via Radar. Although The “Terrier” Program was replaced on most US Naval Ships by the late 1960s – some were still deployed. The most famous engagement with a RIM-2 was in 1972 during The Vietnam War when The Guided Missile Frigate USS ''Sterett'' shot down a North Vietnamese MIG-17 Fighter Jet – during The Battle of Dong Hoi. By 1975, most RIM-2 ''Terrier” Missiles were replaced by more advanced versions for use with The American Naval Guided Missile Fleet. 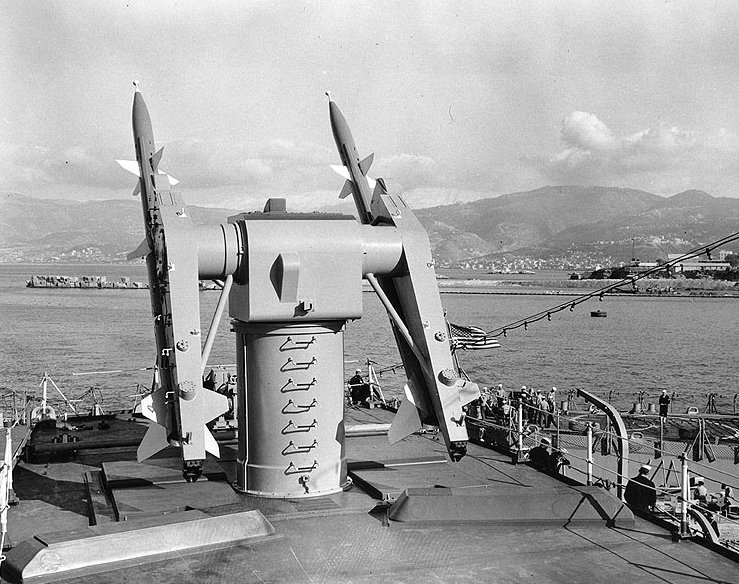