''Rhino'' Tanks were more of a modification to various US Armored assets rather than a separate classification. These mechanical modifications were seen mostly in The European Theater of World War II, around 1944. The ''Rhino'' was a series of iron prongs or extensions that were placed onto the front of Medium Tanks (especially Infantry Support Models). These prongs extended from 5 to 8-feet, and were angular shaped. They were dulled and not sharpened, and were often called ''Tank Teeth''. The purpose of The prongs were to push through heavy brush or man-made light obstacles on a battlefield, thus creating a ''path'' for close Infantry support Units which might be following behind. While their extensive application is doubted by many Historians, The Rhino Tusks were recorded as having been effective with the push from Normandy, France – inward towards Germany proper. Even after World War II, ''Rhino'' Tank modifications were seen in the early years of The Korean Conflict, with variants seen as well in the early Southeast Asian (Vietnam) Conflict. These versions were adapted USMC Marine amphibian vehicles used for beach assaults. 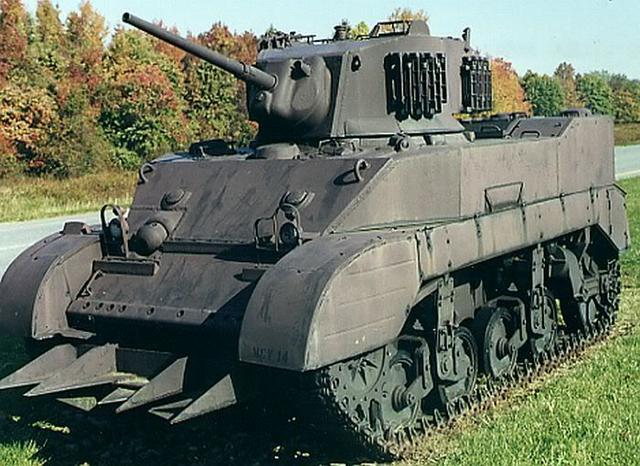