Also known as ATAR, were Air-to-Ground Rockets designed for deployment from Aircraft. They were used during the beginnings of NATO involvement with The Korean War (primarily by US Forces). The RAM was seen as an excellent counter to heavy Soviet Armor, which had been sold to North Korean Forces. The RAM was designed for deployment from The US ''Mustang'', ''Shooting Star'' and ''Corsair'' Aircraft.

Solid-fueled, The RAM was underwing mounted (rails). Typically they were carried in groupings oif 4 to 6 Rockets per wing. They measured 6.5-feet in length with a Composition B Explosive Compound weighing 20-pounds. Electrically fired, a Ram was designed to penetrate 24-inches of armor plating. The operational range of a RAM was 3-miles.

A common isue with RAM was that it could not be guided after firing. This required ''close to ground'' dispersal or ''Toss Bombing'' Tactics to be effective. Although The Ram did ''kill'' Soviet Armor very effectively, out of 150 ''shots'', only an estimated 8 would be confirmed as ''kills'' or would incapacitate Enemy Armor. No further plans to refine The Ram were ever undertaken. Despite this flaw, The Ram Rocket would remain in active War Service with The US and NATO Allies. They would be decommissioned in 1954. 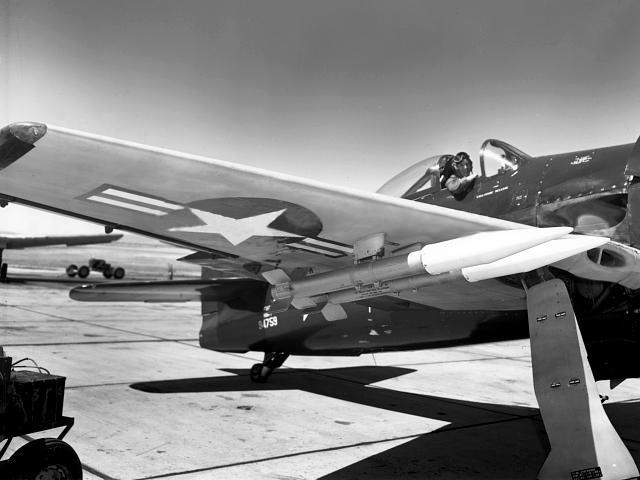