So nicknamed by American Military Personnel for their appearance to the seasonal gord (Pumpkin), The ''Pumpkin'' Bombs were initially conventional ordnance on par with other ''Massive Munitions'' developed towards the end of World War II. The Pumpkin-Class of bombs were actually used as a test munition for the future deployment of America's first Atomic weapons. Larger in width than most Bombs, The Pumpkin-Class were deployed with The US 509th Bombardment Group (selected to deliver the Bombs ''Fat Man'' and ''Little Boy'', in 1945. Inert ''training bombs'' were filled with a sand and water mixture to approximate the actual weight of an Atomic Device.

More conventional Pumpkin Bombs were filled with Composition B, High Explosive and used to attack Japanese Cities in early 1945. Handling, Loading and deployment was done to approximate an actual Atomic weapon. Even dispersal was timed the same, with high angled drops of no less than 30,000-feet. The Bombs weighed 6,300-pounds and were 10-feet long and 60-inches in diameter. Of the 49 missions all were successful, save (1) abort at Sea. The pre-bombing (non-atomic) Missions were hailed as a major success and contributed greatly to the actual deployment of America's first Nuclear Devices against Japan in August of 1945 – which ended World War II in The Pacific. 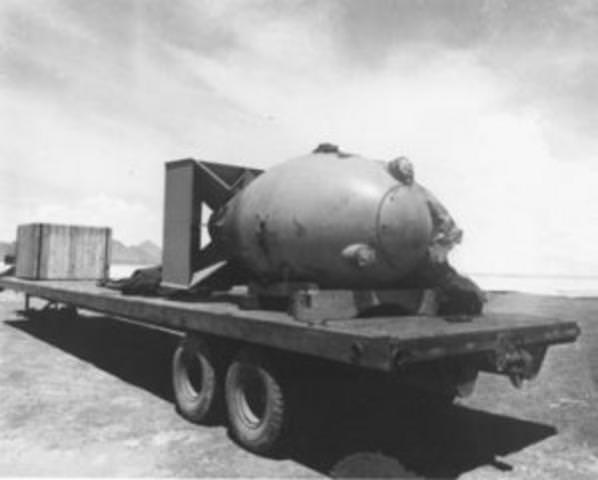