The PGM-19 ''Jupiter'' Rocket was the first Nuclear capable weapon adopted for worldwide deployment in The US Air Force in 1954. It was also one of the first to be deployed in a friendly foreign Country (Turkey) – to counter the rising threat by The Soviet Union, during the early years of The Cold War.

The Jupiter Series of Rockets was a medium-range system capable of reaching 1,500-miles in range. The rocket was 60-feet in height and weighed close to 110,000-pounds. The rocket's diameter was close to 10-feet. A liquid fueled propellant which was a combination of kerosene and liquid oxygen, Jupiter could achieve an atmospheric height of 360-miles at maximum azimuth.

Designed to accommodate a W38 Nuclear Warhead, this gave a single Jupiter detonation a yield of 3.75-MT. 100 Jupiter Rockets were produced – with only 45 actively deployed.

The Jupiter System was a serious matter of concern with The Soviet Union when they were deployed in the late 1950s – especially in Turkey. Their deployment (along with The US Strategic Air Command ''Fail Safe'' flights), were all a factor in their deployment of missiles to Cuba (which spurred The Missile Crisis of 1962).

The Jupiter Rockets were scheduled for decommission in 1964 in lieu of more advanced Rockets. As a major concession to Russia to avert The Crisis, an early decommissioning took place in 1962-63. 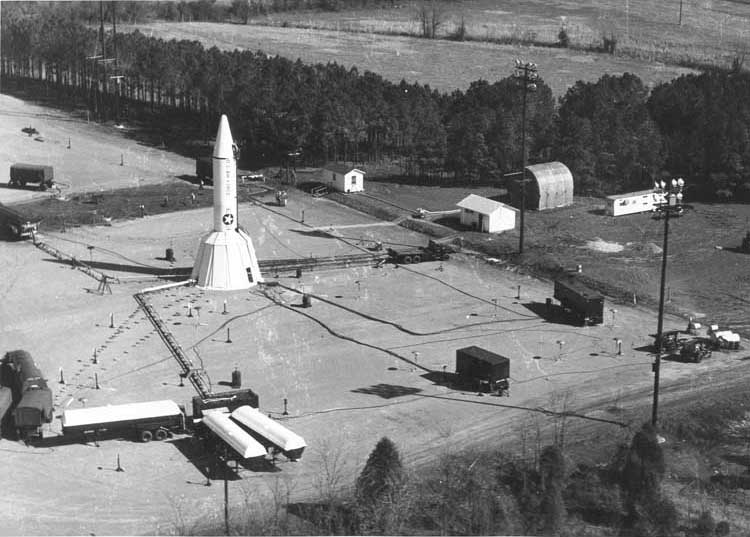