An early “Cold War” US Army Observation Plane, The “Mohawk” was deployed in 1959. Designed for low battlefield observation and ground support (attack), The “Mohawk” could launch and land from relatively short runways (both man-made and improvised). Over 380 “Mohawk” Aircraft were manufactured up to 1970 (although some variants would still be seen in Operation: “Desert Storm'' of the 1990s). They served early service during the initial phases of The Vietnam War (1965).

The OV-1D was Crewed by (2). It was 42-feet long with a wingspan of 50-feet. A Turboprop powered Aircraft, The “Mohawk” used Twin Lycoming Engines capable of over 1,000-HP each. It's maximum speed was 300-mph. The operational ceiling was 25,000-feet. Armament for The “Mohawk” was relatively simple. Most deployment packages were Chain Gun (electrical powered) Weapons, generally in the 7.62mm range. These could be Forward Fuselage (Nose Cone) or wing mounted. 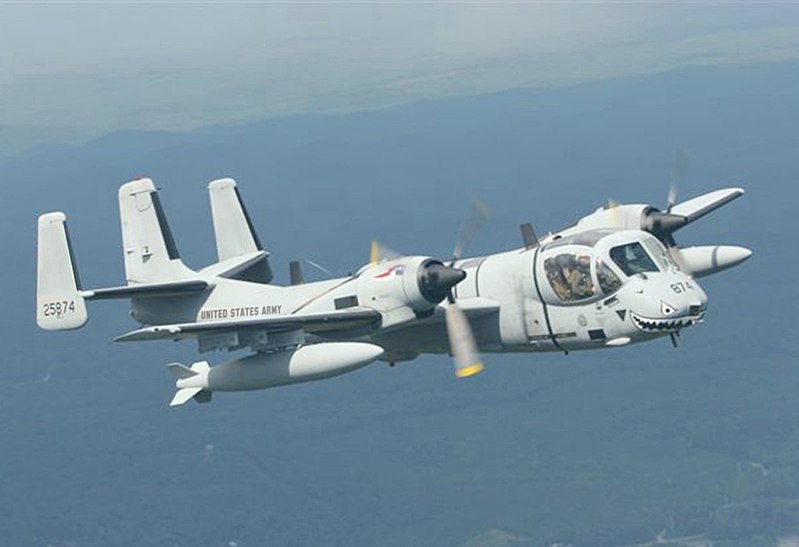