The US Northrup F-5 ''Freedom Fighter'' is a Light Fighter Jet, first introduced in 1962. Seen as a support Fighter to compliment The ''Phantom'' F-4 Jet Fighter (then the dominant US Fighter Jet deployed). A small but aerodynamically powerful Fighter, The F-5 would be used primarily as ''Adversary Fighters'' used in OPFOR (Opposing Forces) Training within The US Air Force Fighter Command. Exported to other Countries, over 2,000 F-5s are still in wide usage.

The F-5 is Piloted by (1). Measuring 48-feet in length with a non-swept wingspan of 27-feet. Powered by a Twin GE J85 afterburning Turbojet Engines, generating 5,000-IBF Thrust. The ''Freedom Fighter'' can achieve an airspeed of Mach 1.63 (1,083-mph). Mission ranges are rated at 500-mph with an operational ceiling of 51,800-feet. Armament varies greatly with The F-5. A standard configuration includes (2) 20mm Revolver Cannon with the ability to support most Air to Air and Air to Surface Rockets and Missiles in World use today. The F-5 does not support Tactical Nuclear Devices. 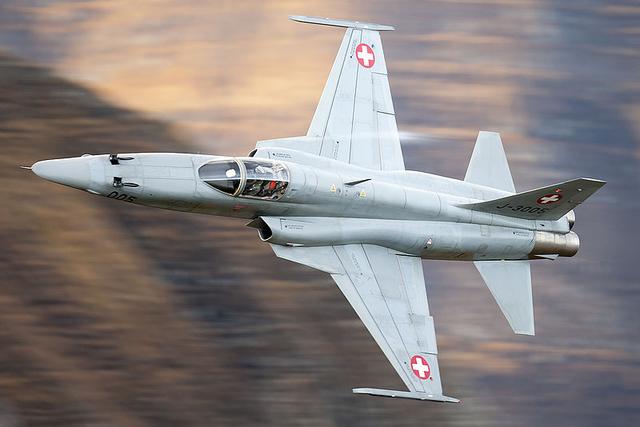