A popular early Cold War Era Fighter/Flight Training Plane, The T-38 ''Trojan'' was introduced to both the US Air Force and US Navy in 1949. Nearly 2,000 Trainers were produced for Military usage. The T-38 would also be used in a counter-insurgency role as a Ground Support Fighter during The Vietnam War in the 1960s (South Vietnamese Air Force).

In a ''Warbird'' form, The ''Trojan'' had the ability to support up to 1,200-lbs of munitions. Various (Foreign versions), also used Machine Guns (wing and nose mounted). The ''Trojan'' was heavily marketed to many US Allies for similar uses. Some have been purchased by Private Owners, who use they as Flying Museums (also appearing in Movies), as well as their original intention – Training Plane. 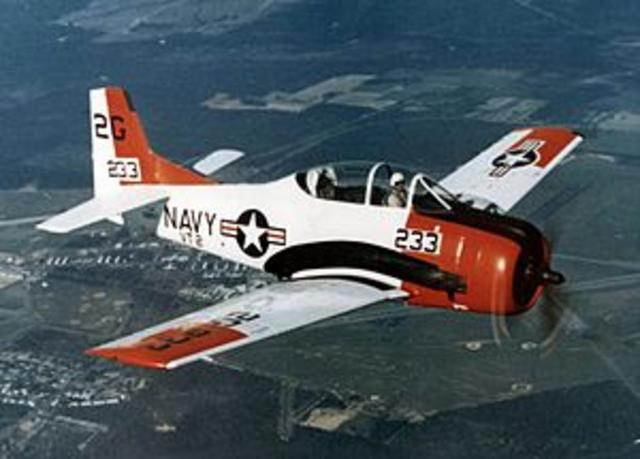