The first swept-wing (fixed) US Jet Fighter, The North American F-86 ''Sabre'' Fighter Jet – was also th official ''counter'' Fighter to the vaunted Soviet MIG-Class of Fighter Jets, which dominated the skies over Korea during The Korean War of 1950-1953. This War was also considered by Historians as the first ''Jet Fighter'' War. Developed in 1947, The ''Sabre'' was first introduced in 1949 to The US Air Force. In addition to being a superior ''dog fighter'' (air to air combat), The F-86 was an instrumental Ground Attack (support) Fighter. It was the first Jet Fighter to incorporate a 35-degree ''swept wing'' configuration. (21) variants were produced by North American, and The F-86 was a high export Fighter to other friendly foreign Nations, with Bolivia using them until 1994 (making The ''Sabre'' one of the oldest continual 1[sup]st[/sup] Generation Fighters in existence). 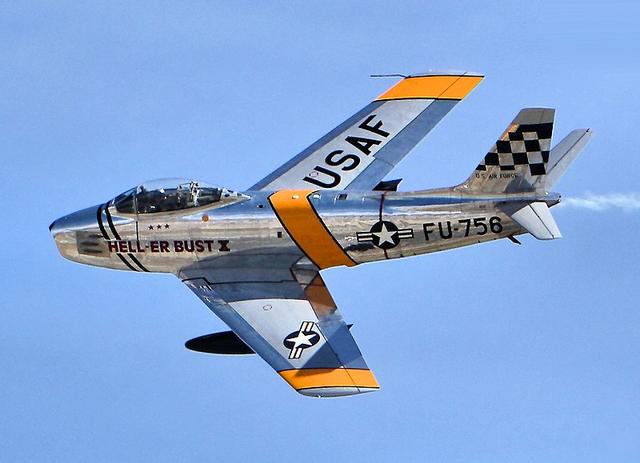