The last variant based in part on the successful ''Sabre'' and ''Super Sabre'' Class of Fighters, The North American ''Fury'' Bomber-Fighter was first deployed with The US Navy and US Marine Corps. in 1955. (375) Models would be delivered by the time the Class was decommissioned in 1968. The Fighter and Light Bomber was flown by a single Pilot. They were 38-feet long with a swept wing pattern wingspan of 40-feet. The ''Fury'' was a Carrier based Fighter – powered by a single Wright J65 (afterburning) Turbo Jet Engine. They could achieve an airspeed of 680-mph (producing 7,700-IBF of Thrust). The operational ceiling for The FJ4 was 47,000-feet. Armament deployed was (4) 20mm Auto-Cannon with the capability of deploying 3,000-pounds of Ordnance. As standard, they carried (10) various AA and SA Missiles. Deployed with limited success in The Vietnam War (1965-1975), they would eventually be redeployed to Commands withing The USNR Components, with The US Marine Corps keeping them until the early 1970s. Many FJ4s have survived as Museum pieces. 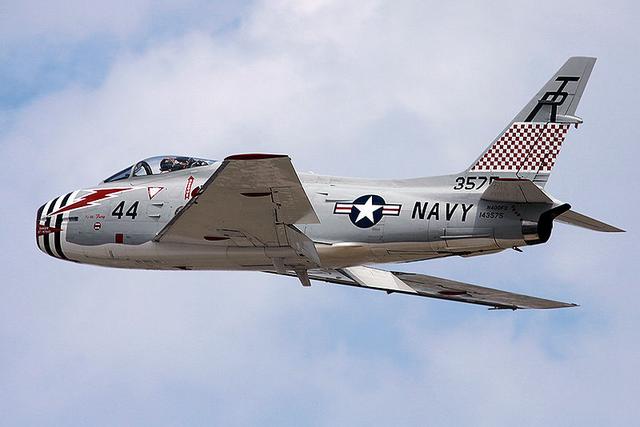