The North American aircraft Companies B-28 ''Dragon'' was intended to be a High-Altitude Bomber Plane for us by The US Army Air Corps. It's prototype was first tested in 1942. similar to The ''Marauder'' Class of US Bombers, it was envisioned as a replace for several such Bombing Platforms then in inventory.

A common issue with the Ordnance used in High-Altitude Operations, was that guidance control was mostly unattainable at this point of Weapons Development. The ''Dragon'' was touted as being a platform which would provide some stabilization for such bombs when dropped. The B-28 still suffered from similar problems of those Aircraft it was supposed to replace. The USAAC canceled it's Contract with North American in 1943, with only (2) prototypes built.

The ''Dragon'' supported (6) .50 Caliber Machine Guns, mounted throughout the Aircraft (all manually operated by Crew). They carried up to 4,000-pounds of Munitions. 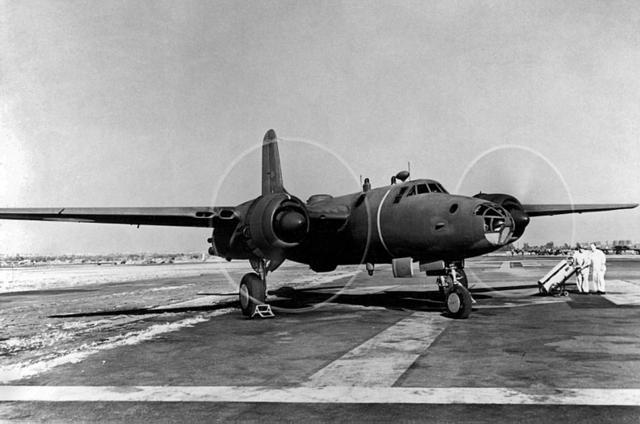