Based on The US P51 ''Mustang'' Fighter, The A36 ''Apache'' was a US Ground Attack/Dive Bomber designed and deployed in World War II. It was used primarily in The European Theater of The War, especially in North Africa. A few Models saw service in Indochina as well. Between 1942 and 1945, 500 production Models were built. The ''Apache'' was a short winged aircraft, crewed by a single Pilot. They were 32-feet long with a wingspan of 37-feet. The A36 was powered by a single Allison V17 Air-Cooled V12 Engine, capable of 1,325-HP. Her airspeed was roughly 350-mph and had an operational ceiling of 25,000-feet. Envisioned for close Ground Support and Attack missions, The ''Apache'' supported (6) .50 Caliber Machine Guns which were wing mounted (3 per wing). They could also deploy up to 1,000-pounds of munitions of various types.

A moderately effective Dive Bomber, the most common problem was with the heavy munitions it carried effected take off and dive drops (causing a ''jerk'' in the airframe). Hydraulics likewise were problematic. Despite this, German Forces in North Africa often noted that The ''Apache'' made a ''screaming'' sound when they went into their dive. This was inadvertently caused by the air rushing through the cowl of the front of the aircraft. The Germans nicknamed A36s ''Helldivers''. Several Hundred A36s were also used by The British Royal Air Force.

Although it's shortcomings were well known, The ''Apache'' had a good service record, and is often credited with helping to win The War in North Africa. Of all A36s to survive The War, only (3) are still known to exist in The World, with only one operational and on display at The National Air Force Museum in Dayton, Ohio. 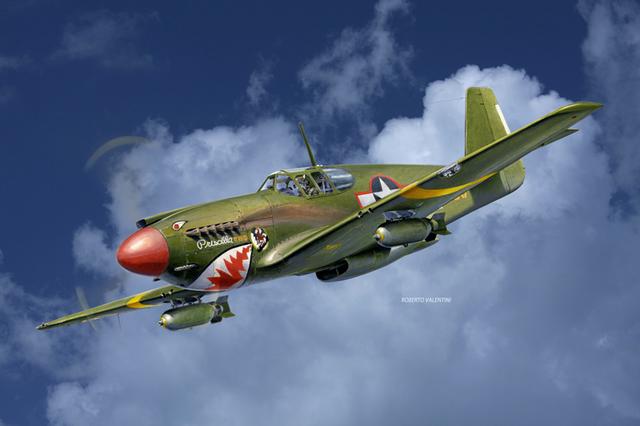