Another component of America’s Cold War Missile Defense System identified as “Nike”, The NIM-23 “Hawk” was a medium-range, highly mobile Surface To Air Missile – in service by 1960. The aptly named “Hawk” was intended to attack Enemy Bombers, the NIM-23 was deployed on mobile vehicle launchers in packages of (3). Although not considered a “high-performance” Missile, The “Hawk: was one of the first such to maintain a continuous “homing” Radar Lock on it’s intended target. The massing of (3) Rockets greatly increased “strike probabilities”.

Over 400,000 NIN-23 were manufactured and deployed in both America, Europe and The Far East. Weighing almost 1,300-pounds, the NIM-23 was 17-feet long with a 15-inch diameter. It featured a tri-wing stabilization package (each at 3-feet). A solid fuel Rocket, it was also one single non-staged weapon. It’s operational ceiling was 65,000-feet and The “Hawk” had an effective range of 65-miles. The “Hawk” was one of The Nike Programs longest lasting Missile Defense Systems in inventory. The last such NIM-23 Battery (with The US Marine Corps.), was retired in 2002. 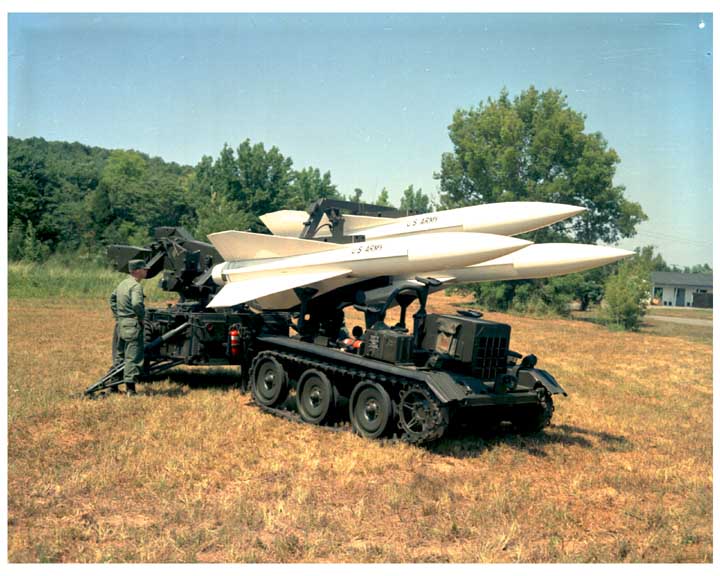