The National Union (Unionist) Party was a temporary name used by American Political Republican Party, for The 1864 Presidential Campaign. The Party was attempting to have Abraham Lincoln re-elected as President. Lincoln's original Vice-President Hannibal Hamlin had resigned from Office. The Party chose Andrew Johnson as Lincoln's running mate. The United States was in a state of protracted War with The American Confederacy. Both sides thought that ''Civil War'' (which began in 1861), would be over quickly. It wasn't. In fact, many political factions in The North felt Lincoln was responsible for The War. As ultimate ''Commander and Chief'' of it's Army, The North was suffering through a string of major defeats at the hands of The Confederacy. The Republican Party felt that they could well lose the election in lieu of a Candidate who promised to end The War through Peace Treaty with The South.

Former Army General John Fremont was chosen by The Radical Democratic Party as their choice for President. He promised and end to The War through truce, with The Democrats gaining momentum with both the population and a disgruntled Army. By mid 1863, The North had gained (2) major military victories (finally). The first was at Gettysburg (The Confederates final attempt to invade The North) and second the end of the nearly year long Siege of Vicksburg, Mississippi (a final major supply line for The South). Both were touted by The Republican Party.

Fremont would eventually withdraw from nomination, due to fears of these victories helping Lincoln (who could show a victorious Army). The Radical Democrats (not be be undone) turned to former Union Army Hero (and great disliker of Lincoln) – General George McClellan. Another series of quick loses in Virginia by The Union Army (under the new Command of General US Grant), served as ''fodder'' for The Democratic debate. However, Grant's plan of ''no retreat or rest'', coupled with General William Sherman's moves through the Deep South towards The City of Atlanta – would cement Lincoln's re-election in 1864 and an eventual end of The War within the year (April, 1865). 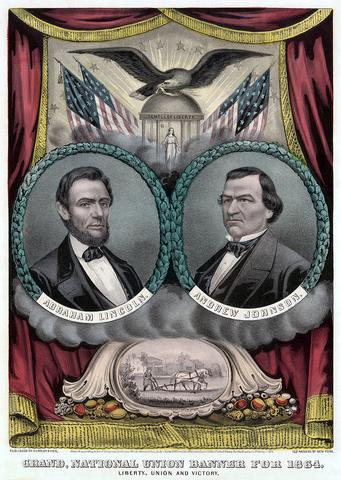