Derived from several Units established during The War of 1812, The US Battalion of Mounted Rangers was a Military Unit raised by The US Government in 1832. They were considered ''Mounted Infantry'' (Horse Soldiers), and tasked with protection of American Settlers in the then established ''Western Frontier'' of The Ohio River Valley.

The Mounted Rangers consisted of (6) Companies (100 Officers and Men). Rather than the traditional Uniform of the US Army of The Period, The Mounted Rangers wore ''Hunting Kit''. These were fringed Hunting Shirts and Jackets. The Battalion carried several Rifles, Pistol, Knife and Hatchet. They would be considered a Quick Reaction Force by today's standards.

In lieu of a regular Cavalry Force, The Mounted Rangers became important during The Blackhawk Indian Wars (Illinois, 1832) – and participated in several major skirmishes. The average enlistment period for The Mounted Rangers was only (1) year. Rather that maintaining such an irregular Force, Congress officially disbanded The Rangers and reformed them into The 1st Regiment of Mounted Dragoons. 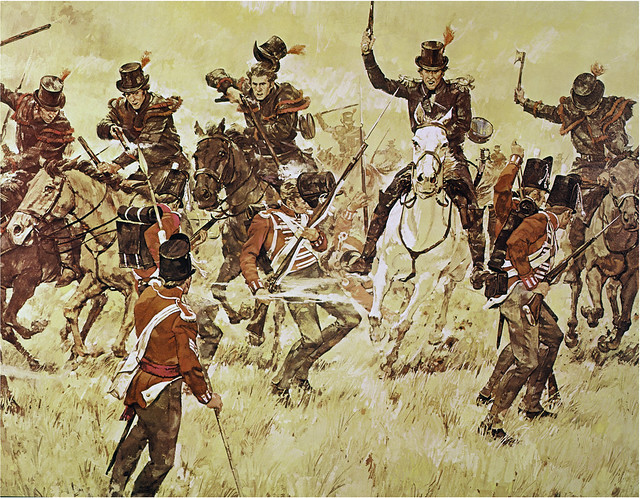