As seen, The US Government fell “prey” often to unscrupulous War Materials Suppliers and Manufacturers. This was especially true with Uniforms and Shoes (or Boots). From the 1820s until the end of the 1850s, most procured Military Footwear was cheap and would seldom last past 3 months of use. In 1858, then Secretary of War Jefferson Davis  (who would become the first and last President of The Confederacy), Wanted a reliable type of all-purpose Shoe for The US Army. His design of what would become The US Model 1858 Shoe would bear his name, The “Jefferson”.

Constructed of leather, The Jefferson featured 4 basic components. A front Toe Sleeve, an Ankle Shank, Sole and a 4-piece wooden block Heel, pegged into place. The components were hand sewn together. Rawhide “laces” secured The Jefferson in place. As with most Military Shoes of the time, they were made in neither Left or Right. Constant wear would cause the Shoe to eventually shape themselves to each Wearer. The Jefferson would become the standard issue footwear for The US Army through The Civil War and onto the mid-1880s. Unfortunately. Through The Civil War, again unscrupulous Shoe Makers would produce “shoddy” versions (with predictable results). The Jefferson would eventually be replaced by The 1890 Brogan. 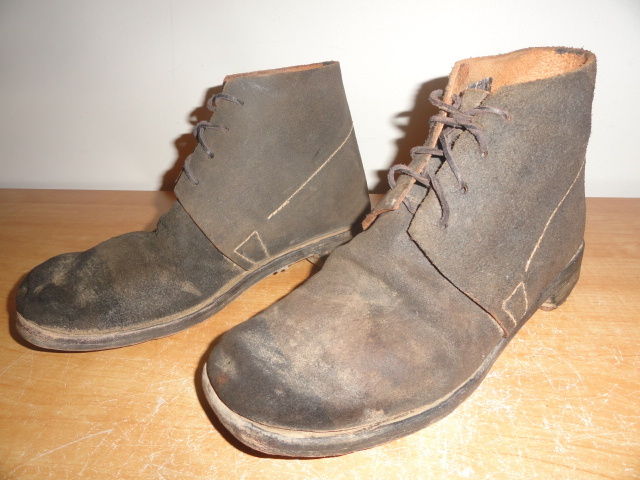