The “Sergeant” Class of Surface To Air Missiles were developed for The US Army during The Cold War as “Chase” or supportive Defense weapons, devised to provide initial protect to larger and slower Defensive Rockets (such as The “Atlas”, “Titan” etc.) The MGM-29 was developed to replace The “Corporal” Missile System (then in wide operation). These were solid-fueled, single-staged Devices. The “Sergeant” was deployed to Europe and South Korea in 1962. In addition to it’s use as Rocket Protection, The MGM Series was also a good choice for attack on high-range, Enemy Bombers. They were arranged in Missile Batteries of (4) and were Mobile launched. 500 such Missile Batteries were produced.

The MGM-29 had a 45,000-pound thrust and could achieve 400-mph. Weighing 10,000-pounds each, a “Sergeant” was 35-feet tall and 30-inches in diameter. Their operational range was 75-miles. As part of America’s Nuclear Deterrent Force, The “Sergeant” could deploy a 200-Kiloton Warhead. The Class of MGM Missiles would further aid in The Jupiter and Juno Class of Space Launch Rocket Vehicles, as being adapted into their launch (stage) System. The last “Sergeant” Battery was deactivated by The US Army in 1977. 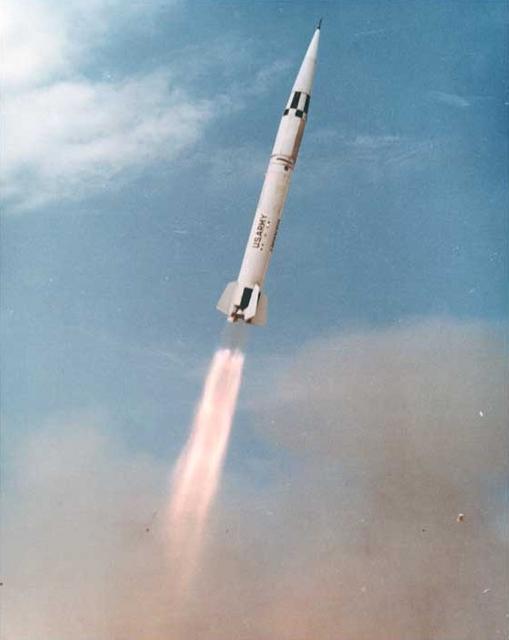