Officially known as The US MGM-140 Army Tactical Missile System (ATMS), which was developed by Lockheed-Martin (1986), this Defensive Missile Platform was deployed in the final years of The Cold War Era. It is still in use and is an integral component in The Republic of South Korea's Missile Defense System. The MGM-140 is a mobile deployment (various tracked) platform. It is one of the few US Army Mobile Missile Ground Systems which has been actively deployed in combat (Gulf War, Iraq War and The War in Afghanistan). Over 4,000 have been manufactured.

Capable of deploying (2) Missiles (each weighing 3,700-pounds with a 13-foot length), warheads vary (HE, Fragmentation etc.) The Missiles range 100-miles and can achieve an altitude of 160,000-feet. Airspeed for The System reaches Mach 3.

In addition to The US, many other Allies also deploy The MGM-140 System. 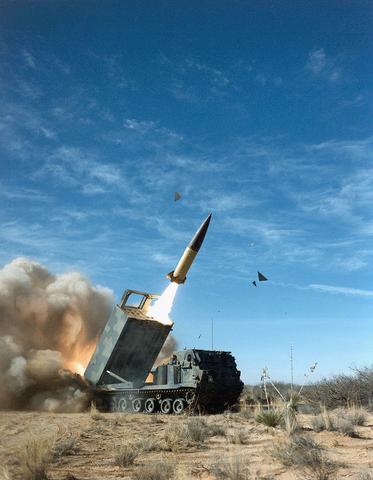