The McDonnell F2H ''Banshee'' was a Carrier based Fighter produced by The McDonnell Aircraft Company. Introduced in 1948, The ''Banshee'' became a primary Naval Fighter during The Korean War (1950-1953). The Fighter was the first evolutionary ''step'' towards the vaunted US Fighter known as The F-104 ''Phantom'' Fighter. The ''Banshee'' was also one of the first early American Fighters to include a powered ejection seat. Fully pressurized and inclusive of even air conditioning, The F2H also came with bullet proof Cockpit glass, which was also self-heating (for cold weather operations). These Models were also some of the first to be completely electrical. Folding, non-swept wings made The ''Banshee'' a viable choice for Carrier based operations with both The US navy and later US Marine Corps. However, the rapid development of swept wing Fighters, such as The Soviet MIG, greatly out powered and out flew The F2H. During The War, most ''Banshee'' Fighters were regulated to Reconnaissance and Ground Support roles (especially popular for a brief period as ''Bridge and Railway Killers''.

Retired in 1959, The Canadian Navy would continue to use The ''Banshee'' until 1962 – when the active combat role of non-swept Fighters was retired to Trainers. Only 900 Productions Models were built. Piloted by (1), The F2H was 50-feet in length with a non-swept wingspan of 42-feet. The ''Banshee'' was powered by multiple Westinghouse J34 Turbo Jet Engines, capable of producing a thrust of 3,250-IBF. The F2H had an airspeed of close to 600-mph and had a Mission Range of 1,700-miles. They had a medium operational ceiling of 46,000-feet. Armament deployments included (4) 20mm Wing Cannon and (8) 60-pound HE Rockets. The ''Banshee'' could be configured with a variety of SAM packages if required. 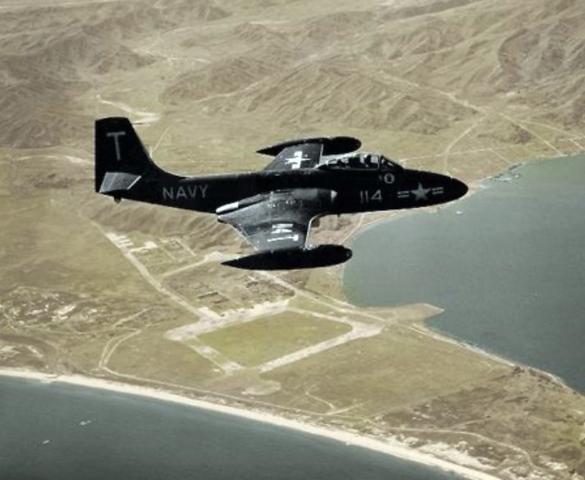