Perhaps one of the most recognized Aircraft in The World with regards to The Vietnam War Era, The McDonnell -Douglas F-4 “Phantom” Fighter Jet was perhaps one of America’s most reliable Fighters up to that time. Designed as both a Land and Carrier Based Fighter in 1958, it was deployed  in 1960. The “Phantom” would go on to set 15 World Records, including Speed and Altitude. The F-4 would also be the last Class of American Fighters to have an Air Combat Ace (20 Kills). In addition to its role in Vietnam, The “Phantom” was renowned as the primary Jet used by both The US Air Force and US Navy Aerial Demonstration Teams “The Thunderbirds” and “Blue Angels”, from the 1970s thru 1980s.

A Multi-purpose Fighter, it could be deployed as a Medium Bomber, Air to Air or Air to Ground engagement Craft. The F-4 was a crucial component against NVA and VC Troop and Supply movements along the infamous “Ho Chi Minh Trail”. Armed with a M61 20mm Mini-Gun, The F-4 could support multiple AIM Rocket Packages. It was also Nuclear capable. 63-feet long with a 45-foot wingspan, it was powered by Twin GE J79 Compressed Turbo Jets. It could achieve Mach 2.23 (1,472-mph). It’s attack speed was 585-mph, with a 60,000-foot operational ceiling.

One of the longest serving Jet Fighters in America’s Military Inventory, although downgraded due to more technologically advanced Fighters, it would remain a constant well into the 1990s. One of the most exported Fighters by America, just about every Country in The World featured a Squadron. The last flew in 2014 with The Greek Air Force. It’s nickname of “Phantom” is an unusual story. Designers originally wanted the name of “The Spook”, based in a popular 1940s Comic Strip character. The US Air Force did not like this name. The similar adjective “Phantom” was chosen instead. 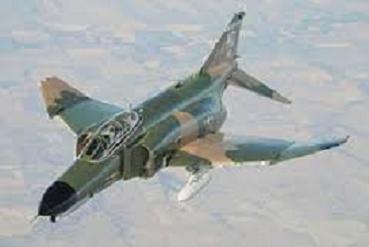