It's obvious Cold War applications that would actually be incorporated into later NASAs Space Shuttle Program, The Martin-Marietta X-24 was a US Experimental Prototype ''Concept'' Aircraft - that was tested first in 1969. Part of The ''PILOT'' Project, The X-24 was designed to test aircraft lift and related aerodynamics regarding an Aircraft entering or returning from sub-orbital Space. The X-24 had both Military and Civilian applications.

As a powered Aircraft, both Rocket and Jet Boosters would be used for altitude and overall control. The X-24 would be used as a Glider during high-altitude re-entry. Several prototypes were developed with The Program being canceled in 1975, due to completion of testing. Many of the testing results would go into The Space Shuttle Program initiated by NASA. 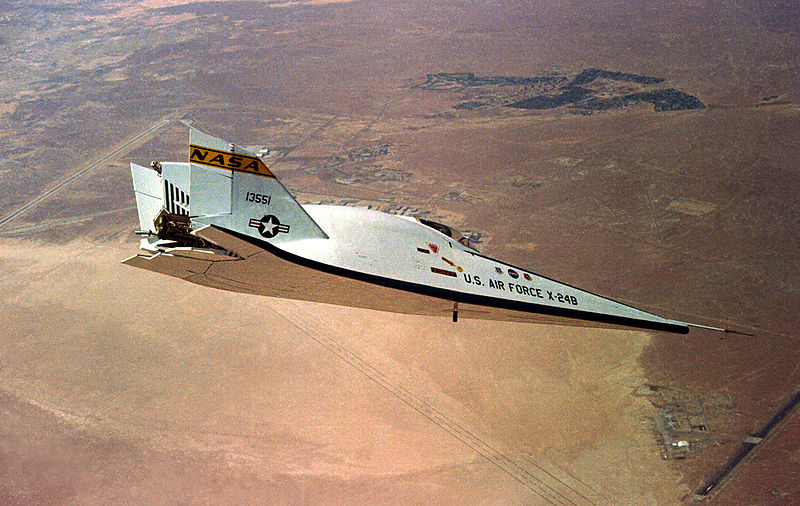