US Martin B57 ''Canberra'' Jet Bomber

First deployed in 1954, The Martin “Canberra” was a twin jet engines mid-range tactical Bomber, that due to it’s excellent handling at high-altitude – made it an early Reconnaissance Aircraft for use by The US Air Force. The design was settled upon after The US Government briefly considered purchasing a Foreign Built Fighter (The Canadian CF-100). Based on British designs, The B-57 was used extensively during the early years of The Vietnam War. The Class was retrofitted to include state-of-the-art Communications and Radar Systems. Unlike a traditionally Recon Aircraft, The B-57 was often heavily armed. This included (4) 20mm Wing Cannon, (4) Air-To-Air Missile Platforms and the ability to deploy over 4,000-pounds of conventional or Nuclear Ordnance.

Powered by Twin Wright W5 Turbojets, The “Canberra” could achieve 598-mph and Mach 1 at 3,000-feet. They were 65-feet long with a wingspan of 65-feet. It had a 45,000-foot operational ceiling. Over 400 B-57 were produced. The B-57 had the honor of being the first Jet Bomber to Bomb North Vietnamese positions in 1964. Due to it’s multi-platform abilities, The B-57 could serve as Bomber, Air to Ground Support and Recon – all very much needed in Southeast Asia. Although passed out in 1983, The B-57 is still used as a Trainer with America’s NASA and NOAA (Weather) Agencies. In addition, Pakistan and even China procured B-57 Jets for their Air Forces as late as 1985. 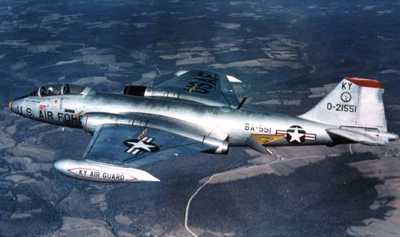