Deployed in the late 1940s, The Mark 8 Nuclear Device was a Cold War weapon, which was Classed as a ''Gun'' or ''Bullet''-type firing mechanism (or the rapid merging of two fissionable materials). The Mark 8 was a long, cylindrical bomb which was specifically designed to penetrate earthen and light concrete Bunkers and related Fortifications (up to 90-feet). (40) were deployed between 1952 and 1957.

The Mark 8 was 12-feet in length with a 15-inch diameter. Average weight of the bomb was between 2,000 and 3,000-pounds. The Mark 8 was an Aircraft deployed, gravity weapon – common with early American Cold War Bombing Squadrons. Their yield was between 35 and 30 kilotons. 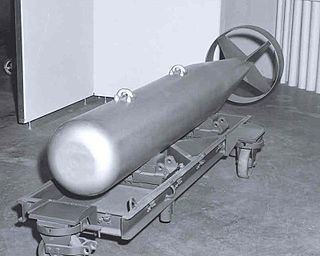