The Mark 7 was the first tactical fission bomb developed for use by mainstream US Fighters. It was deployed between 1952 and 1963. Over 3,000 tactical aircraft versions were produced at the height of The Cold War with The Soviet Union. The basic US warhead device formed the backbone for many of The US tactical Nuclear weapons arsenal. A variable fission weapon (containing a plutonium-uranium core), The Mark 7 was produced in 8, 19, 22, 30, 31 and 61 Kilo Ton yields. The average weight of The Mark 7 was 1,700-pounds. Stabilization fins were added for air friction guidance. The average diameter of The Mark 7 Device was 30-inches.

The Mark 7 was deployed throughout The United States as well as European deployment points. They were envisioned as a battlefield asset to be used against a perceived massive Soviet invasion of Central Europe. During The Cuban Missile Crisis of 1962, Mark 7 Devices were deployed with Fighters based in Southern Florida, destined to be used against Soviet Short Range Nuclear Missile assets (some 90-miles away from The Mainland US). Most Mark 7 Devices were decommissioned and removed from The US Nuclear Arsenal by 1965. Several decommissioned Devices can be found on display in several US Military Museums pertaining to The History of The Cold War. 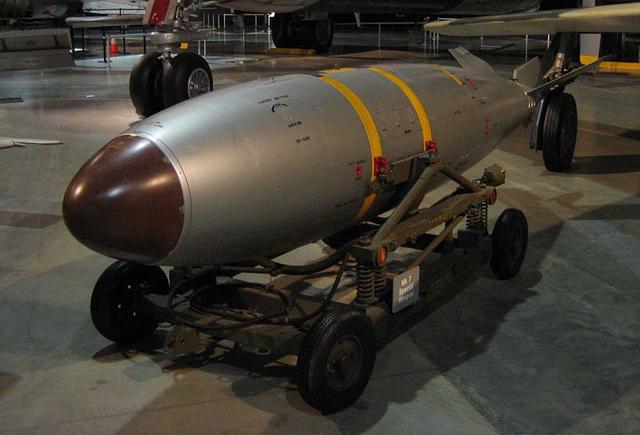