Better known as “The Beehive”, The Model 546 Anti-Personnel Shell was an Artillery Round used in The Vietnam War. Deployed against Enemy Troop movements and in a tactic known as “Indirect Fire”, it’s name came from the particular “buzzing” noise made when the Shell exploded. That coupled with the observation of a full Beehive, struck or fallen to the ground – causing the insects to swarm violently. Roughly a hollowed 105mm Shell, a timed secondary fusing system would detonate the Shell at various elevations and timings (with a 10-second detonation typical). The 105mm Shell was filled with sharpened lead darts, known as Flechettes. Each wad between 2 and 4-inches long. As many as 8,000 were loaded inside. A “kill zone” was roughly 200-yards with severe injuries as far as 300. The “Beehive” Shell was later adopted for Armor (Tanks) and Recoiless Rifles. More precise Artillery Shells would later replace The M546 by the 1970s. 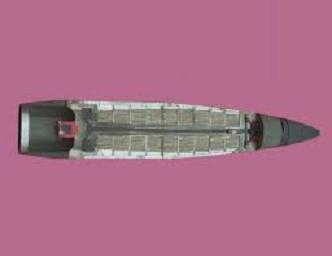